Planets in our solar system: Home

Databases for learning about the Universe 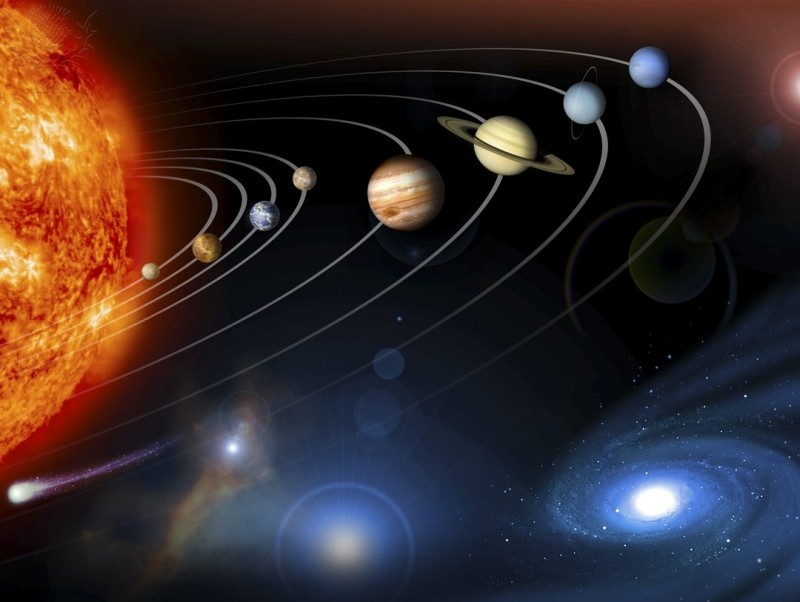 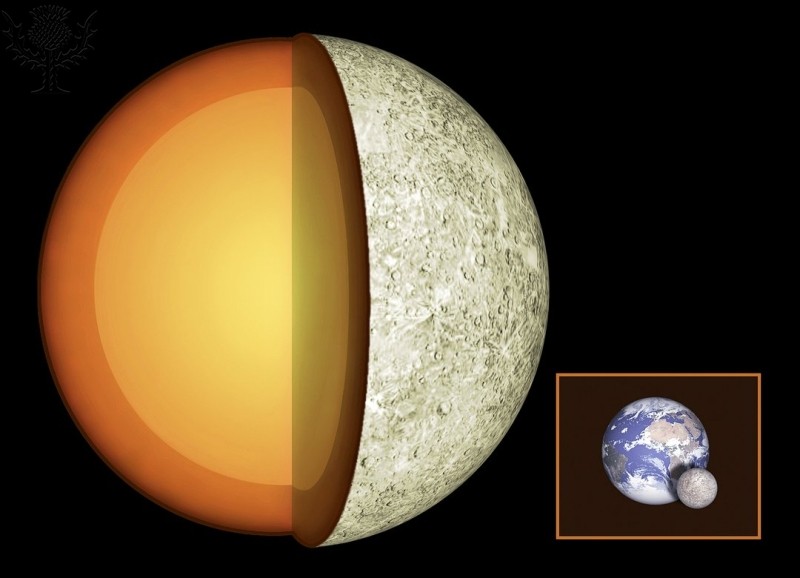 Internal structure of Mercury, cutaway artwork. The inset box at lower right shows Earth and Mercury at the same scale. 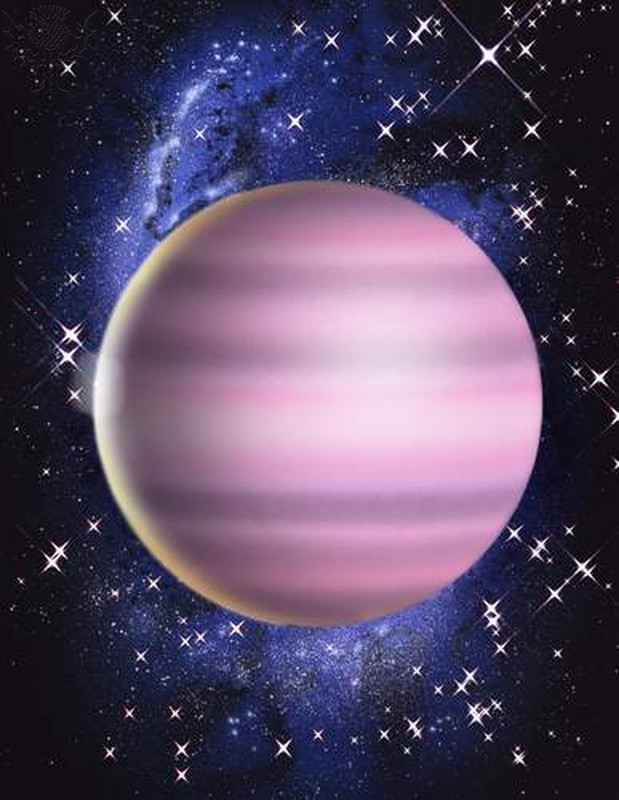 Although Venus is almost a twin of Earth in size, the atmosphere on Venus is almost pure carbon dioxide, with surface temperatures averaging 465 Celsius - hot enough to melt lead. 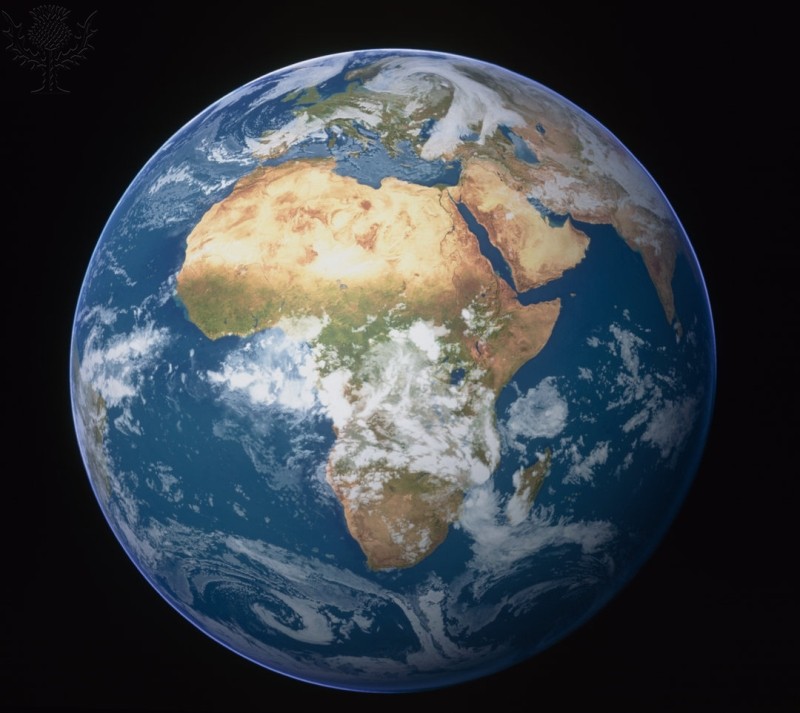 Satellite image of the Earth, centered on Africa. Water is blue, vegetation is green, dry areas such as deserts are brown and clouds are white. 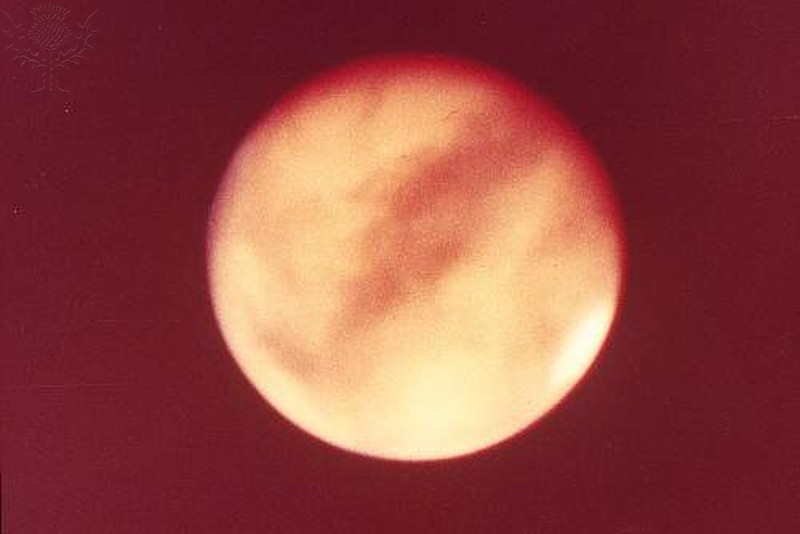 Mars, often called the "Red Planet," is the fourth planet from the sun. 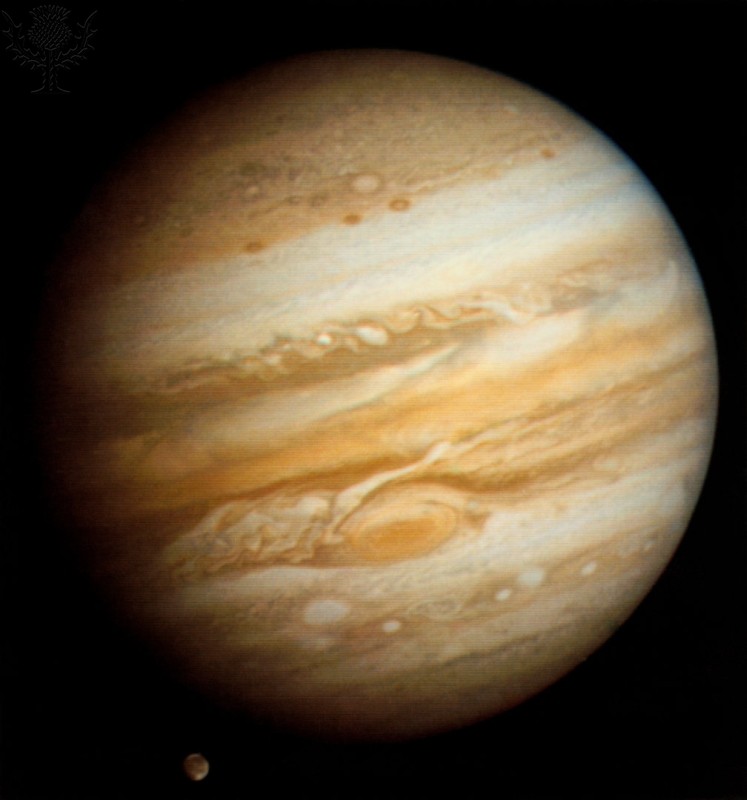 Picture of Jupiter taken from Voyager 1 at a distance of 25milion miles showing Ganymede(moon of Jupiter). 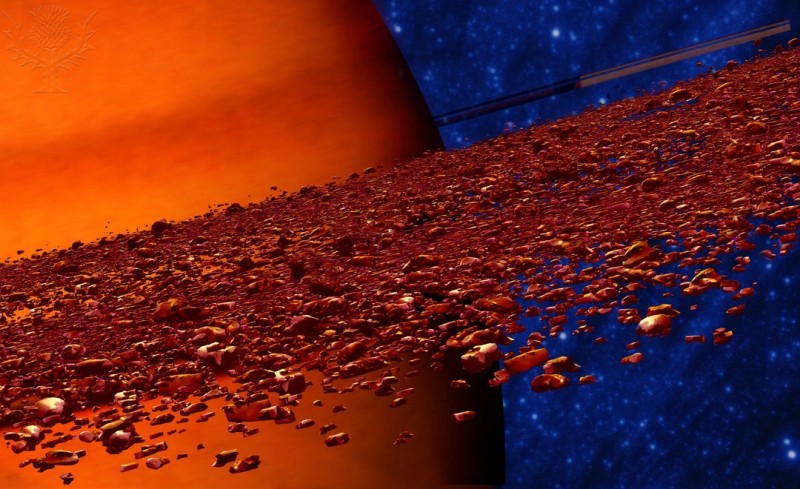 Computer artwork of the rings of Saturn around the planet (red). Saturn, the sixth planet from the Sun, is surrounded by a set of rings made up of small chunks of ice and dust. Saturn is a gas giant planet with no true surface. It lies around 1500 million kilometres from the Sun. 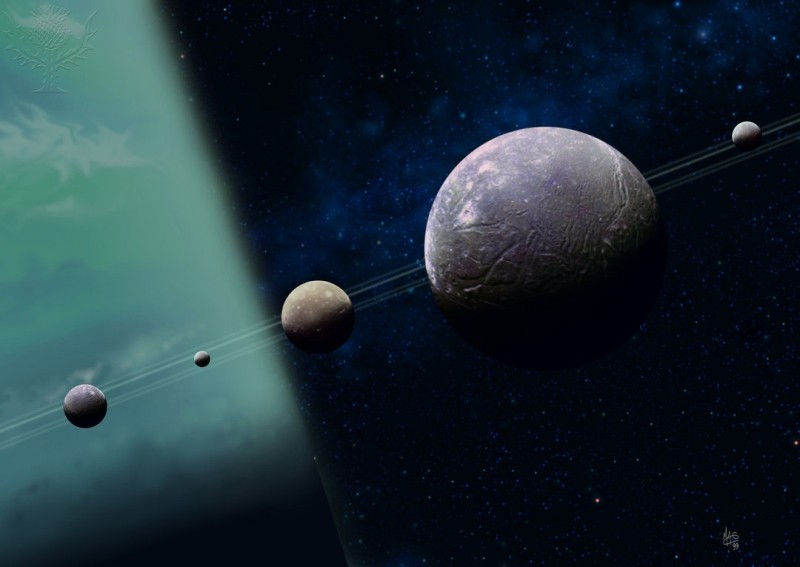 Computer illustration of the planet Uranus and its five largest moons (shown to scale). From left to right, the moons are Umbriel, Miranda, Oberon, Titania and Ariel. Uranus' thin rings are also seen in the line of the moons. Uranus is a gas giant planet whose orbit takes 84 years to complete one revolution around the sun. 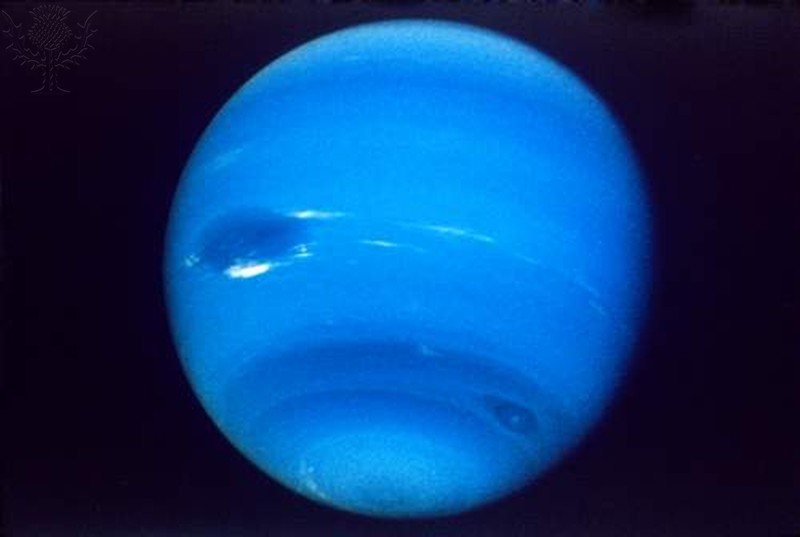 Neptune is the fourth largest planet in the solar system and is 4.5 billion kilometers from the sun. It takes 164 years for it to rotate around the sun and its days are 16 hours long.

Computer artwork of the dwarf planet Pluto - Pluto was demoted to the status of dwarf planet in August 2006. A dwarf planet is defined as an object large enough to be spherical due to its gravity, and with an independent orbit around the sun (ie. not a satellite of a planet). A true planet has to dominate its orbit around the Sun. Pluto fails because it is one of many Kuiper Belt objects in the outer solar system. Pluto is composed of rock and ice and has many craters on its surface.