Mary Wollstonecraft Godwin Shelley (1797–1851), author of Frankenstein (1818), often considered the first science fiction novel and source of the universal modern image of science gone awry, was born in London on August 30 and died there on February 1. Her father, William Godwin (1756–1836), to whom Frankenstein is dedicated, was an important liberal reformer now best known for An Enquiry Concerning Political Justice, and Its Influence on General Virtue and Happiness (1793). Her mother, Mary Wollstonecraft (1759–1797), who died four days after her daughter's birth, was an important early feminist now best known for A Vindication of the Rights of Woman (1792). In 1814 young Mary eloped to the European Continent with Percy Bysshe Shelley (1792–1822), considered one of the greatest Romantic poets. Two years later, having already produced two children and begun Frankenstein, Mary married Percy after the suicide of his first wife. They had four children before Percy drowned, but only Percy Florence survived into adulthood. Mary never remarried, devoting herself to motherhood, writing, and editing her husband's works.

Mary treated science less as a solution to practical problems or an intellectual discipline than as a means to "afford a point of view to the imagination for the delineating of human passions more comprehensive and commanding than any which the ordinary relations of existing events can yield" (Shelley 1969, p. 13) Her consistent philosophical position, expressed in science fictions, historical romances, travel books, and essays, was staunchly democratic, based on her belief that while genius must be encouraged, when the discoveries of genius impinge on others, there must be responsibility to the wider community. Frankenstein's murderous monster represents the escape of untempered genius into the world. 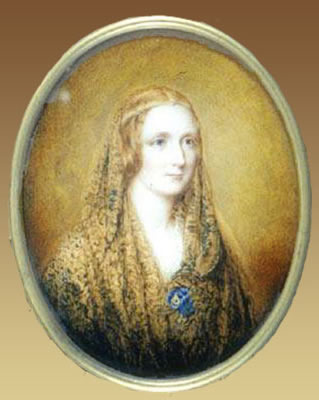