His predecessor Kenzaburo Oe wrote a lot about Westernization in his books.  Hence, his books celebrated Westernization of modern Japanese culture. Additionally, Murakami was introduced to western literature at a young age; as a result, many of his novels are literary equivalent of downtown Tokyo. They unabashedly contained numerous references to brand names and American pop culture. Through introducing American pop songs throughout his writings, critics often question Murakami's identity as he leans more to the westernized way of writing.

Norwegian Wood portrays the 1960s student movement in Japan as ultimately insignificant. He portrays it with hypocritical egotists masquerading as people concerned with politics. In 1969—the time period for much of Norwegian Wood—more than 10,000 Japanese college students self-identified as “communists” and an equally large group saw themselves as political activists.   As in the United States and Europe, demonstrations and protests were as much a part of campus life as lectures and final exams.The student unrest of the period provides the backdrop for Norwegian Wood.  During this time, Japan’s economy grew at a compounded rate of 10% p.a. during the 1960s, and per capita GDP more than doubled over this same time frame.  For Murakami (born in 1949) and his peers, this provided opportunities and hitherto unknown luxuries, even while it led many to question the enormous personal sacrifices of their parents’ generation that had made this national transformation possible. 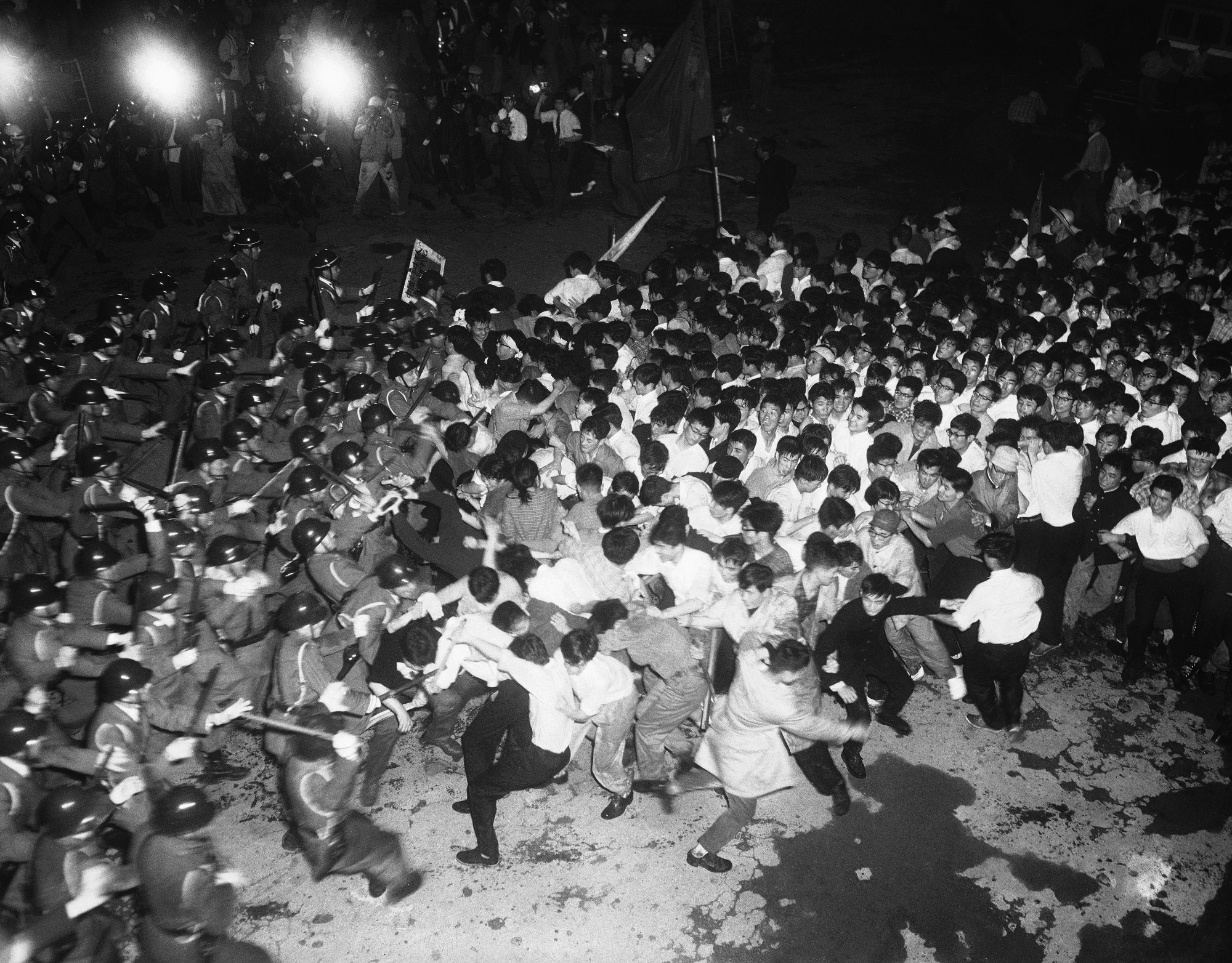 “Freedom of assembly and association as well as speech, press and all other forms of expression are guaranteed.”  — Article 21, Constitution of Japan

(“Public Protest in Japan: Power to the People?” The Japan Times, www.japantimes.co.jp/life/2014/12/20/general/public-protest-japan-power-people/.) 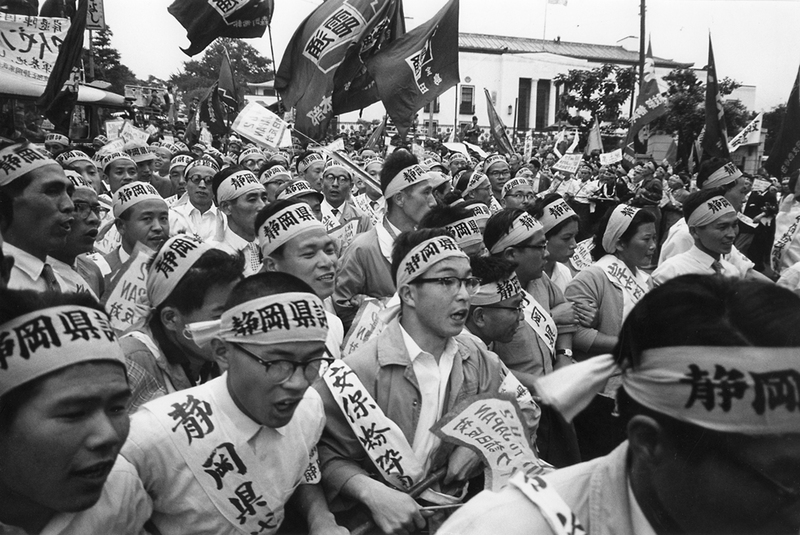 Student protesters wearing helmets and armed with rocks and wooden staves, fought with police who used batons, tear gas and water cannons outside the U.S. base on Jan. 17.

(Eiji, Oguma. “What Was ‘The 1968 Movement’? Japan's Experience in A Global Perspective.” Asia-Pacific Research, 1 June 2018, www.asia-pacificresearch.com/what-was-the-1968-movement-japans-experience-in-a-global-perspective/5628045.) 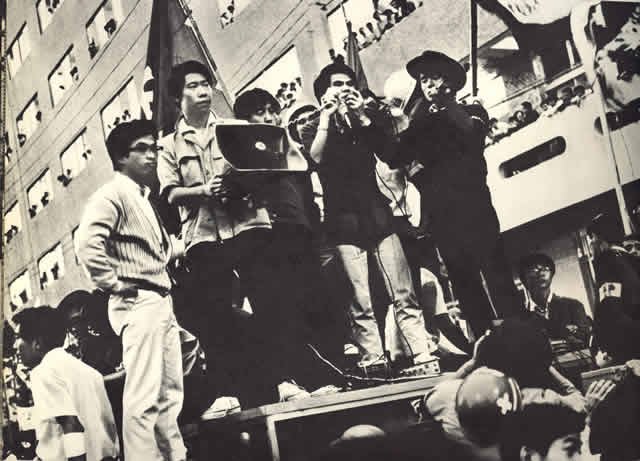 The Zengakuren student group, which formed in the late 1940s as a far-left league of anarchist student activists, organized many of the protests. 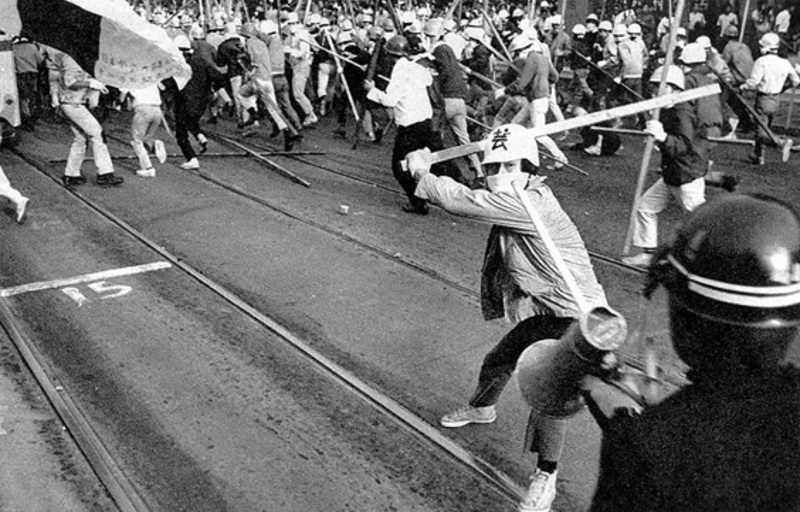 Japanese student groups fought for education reform and land rights.  They wanted post-occupation Japan to be just that, and any lingering U.S. influence on their country was grounds for action.

Japanese culture is homogenous, inward- looking, and must be protected against outsiders. When he wrote his first novel in English it was interpreted by literary Japan as highly provocative. Hence most of his books are first written in Japanese before being translated into English and other languages.

“…I consider the plot totally pointless. The author starts a long series of circles without really closing many.”

“The scenes which were supposed to be funny didn’t interest me at all and ultimately struck me as dark and disturbing.”

“It all felt so desperately unresolved towards the end of the story.”

“There’s little to love here, but there is also little to hate.”

Despite the numerous negative reviews on his books, Murakami continues to write in his unique style. In fact, his unique writing style is the element that attracts numerous international readers. 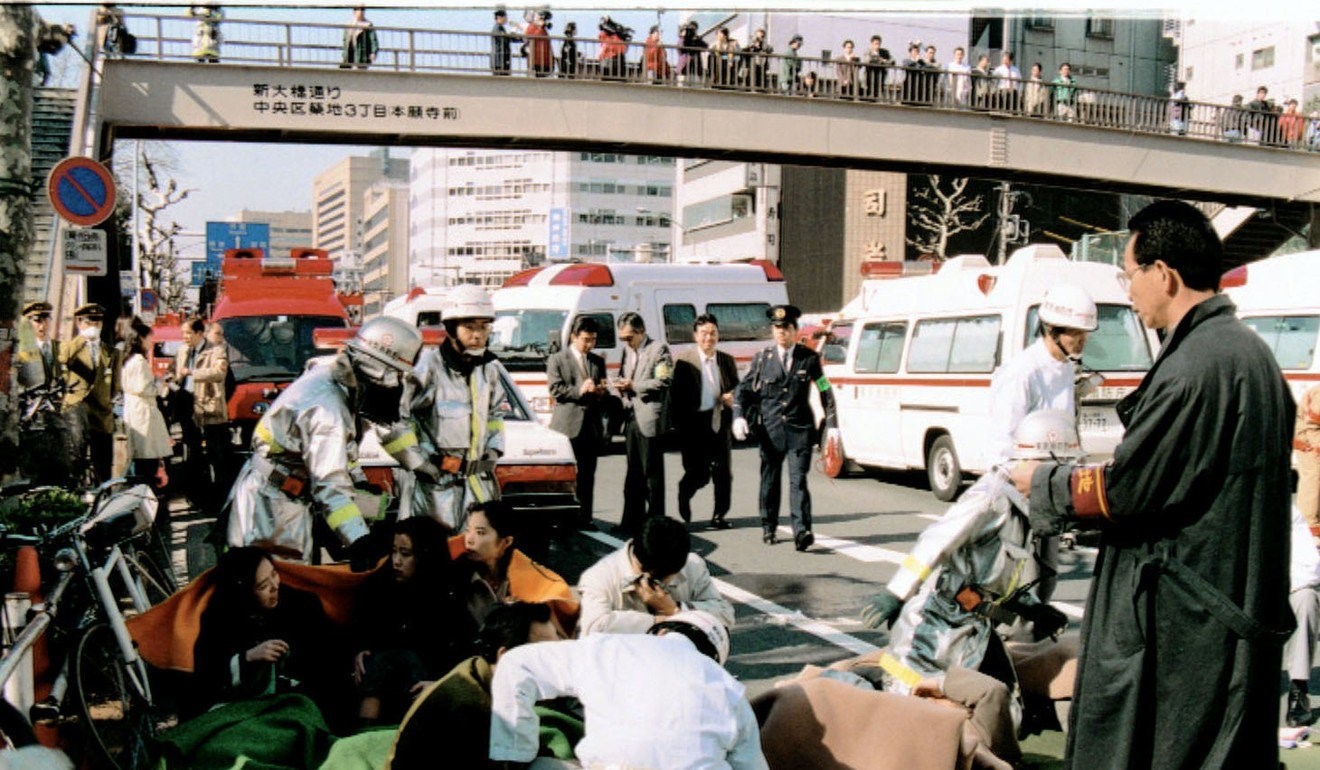 In an act of domestic terrorism perpetrated by members of the cult movement Aum Shinrikyo,  the perpetrators released sarin on three lines of the Tokyo Metro (then part of the Tokyo subway) during rush hour, killing 12 people, severely injuring 50 (some of whom later died), and causing temporary vision problems for nearly 1,000 others. 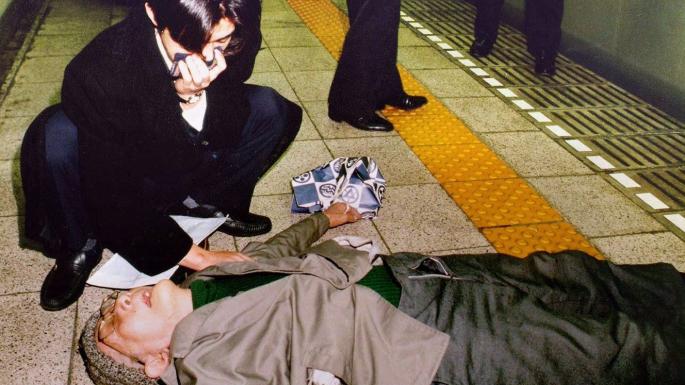 Survivors recalled smelling something that resembled paint thinner before starting to cough uncontrollably. “Liquid was spread on the floor in the middle of the carriage, people were convulsing in their seats. One man was leaning against a pole, his shirt open, bodily fluids leaking out.” 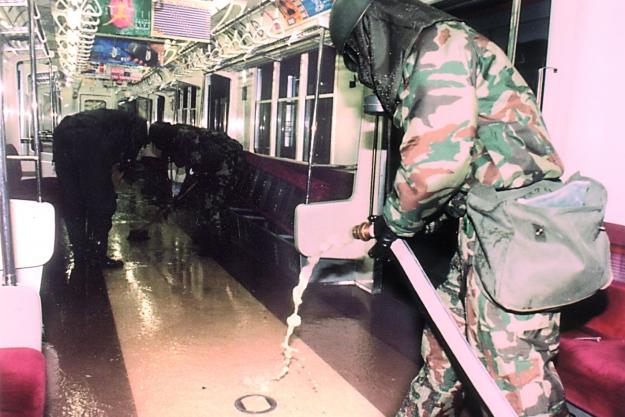 Members of the self-defence force getting rid of the hazardous gas from individual subway cars. 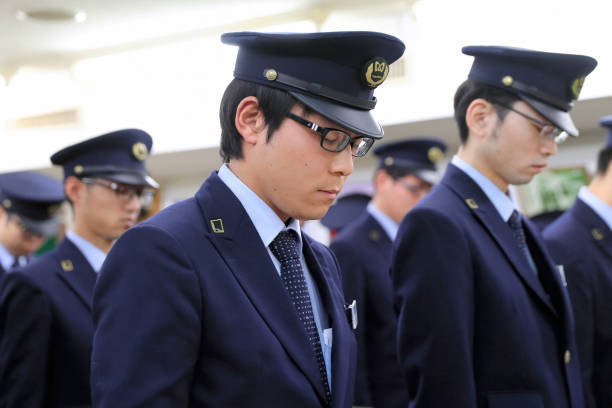 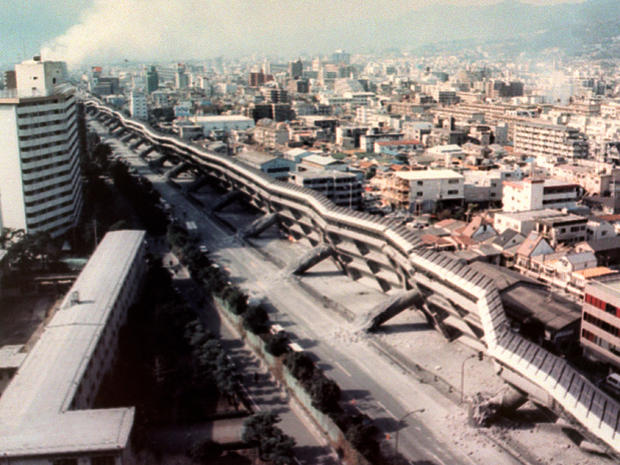 With a devasting magnitude of 4.0, this was Japan's worst earthquake in the 20th century after the Great Kantō earthquake in 1923, which claimed more than 105,000 lives. 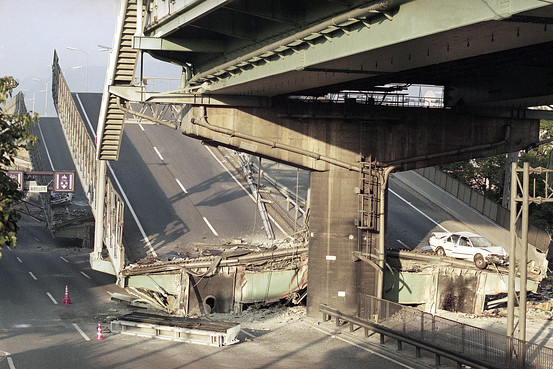 Today, Kobe is still recovering. Housing remains a significant problem.  Some buildings have been demolished and are under reconstruction, while many others are being repaired. Most existing highway bridges are being strengthened using various retrofitting schemes, e.g., steel column jacketing and seismic isolation bearings. 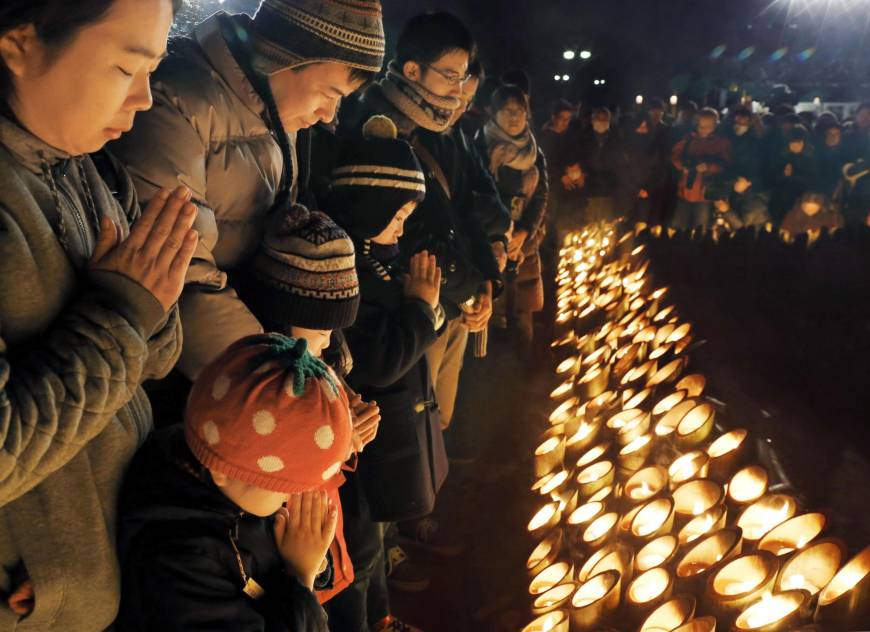 The children of a 34-year-old woman who survived the 1995 Great Hanshin Earthquake in Kobe’s Nagata Ward watch bamboo lanterns at a public memorial service in Kobe East Park in the city's Chuo Ward on Jan. 17.

As someone originally from Kobe, the Great Hanshin Earthquake hugely impacted Murakami.  Despite being the type to avoid writing about more controversial topics, Murakami wrote the books "After the Quake"and "Underground" as a form of commemeration for these two disasters.

Murakami’s new story collection, “After the Quake,” speaks intimately to readers in the post-Sept. 11 world. Its six fictions are linked by the Great Hanshin Earthquake that struck Kobe and surrounding areas in January 1995, and by the Aum Shinrikyo sarin attacks in Tokyo that March. The book has a healing, meditative power that prompted one U.S. reviewer to call it “close to flawless,” and another to identify it as Murakami’s “get-well card.”

In "Underground" Murakami interviewed numerous victims of the attack in order to produce the violence in nature and human beings in his book: "The shock I felt when I interviewed the victims of the Sarin attack for “Underground” changed my life, my entire point of view, and even my style of writing. I didn’t imagine that such a thing could happen."

Both of these events explore the way memory of the traumatic event can interact with personality to create something that is deeply personal to the point where it is difficult for others to discern what actually happened.