In order to raise awareness and to support for African designers and fashion, Chimamanda Ngozi Adichie has been wearing exclusively African designed clothing, sharing the hashtag #WearAfrican and #WearNigerian. All images are from her Instagram 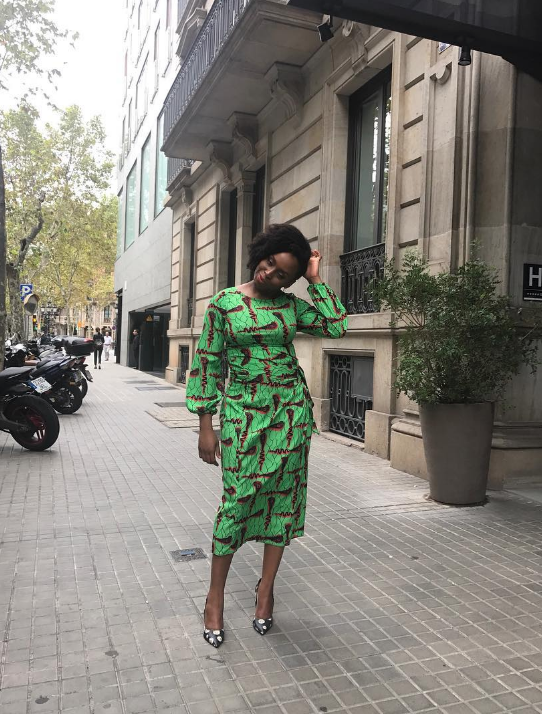 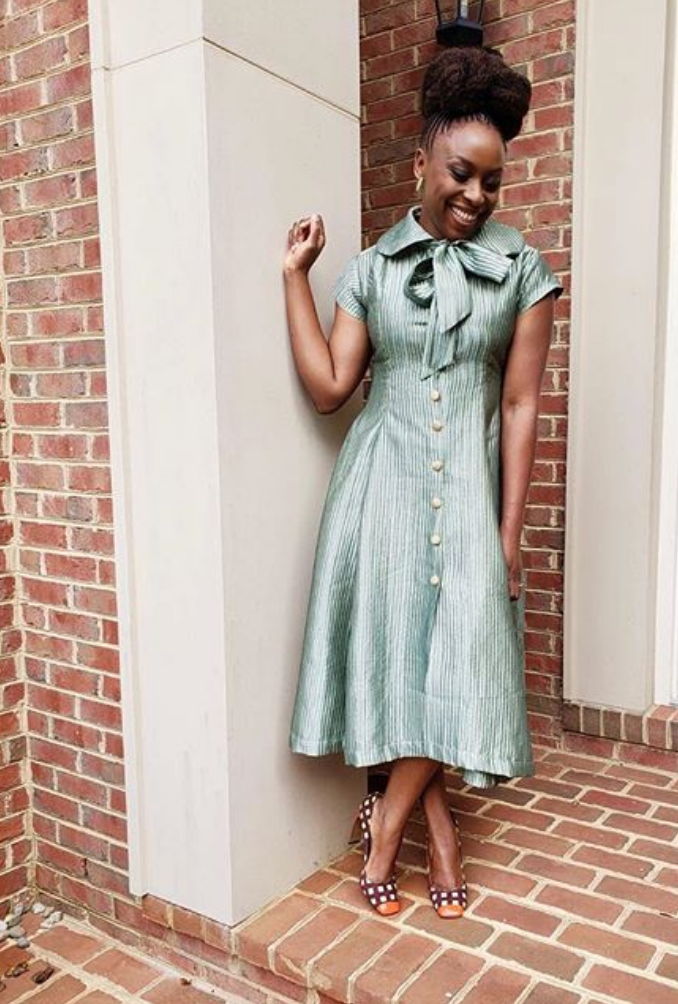 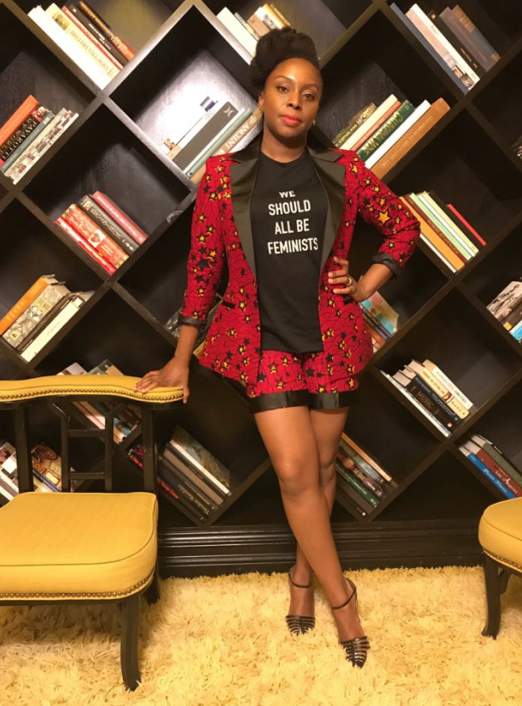 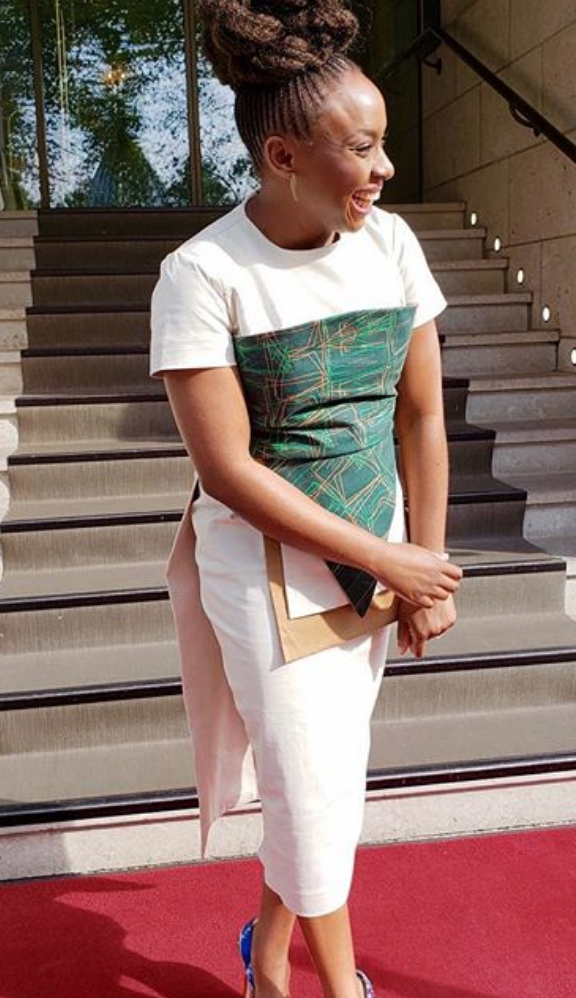 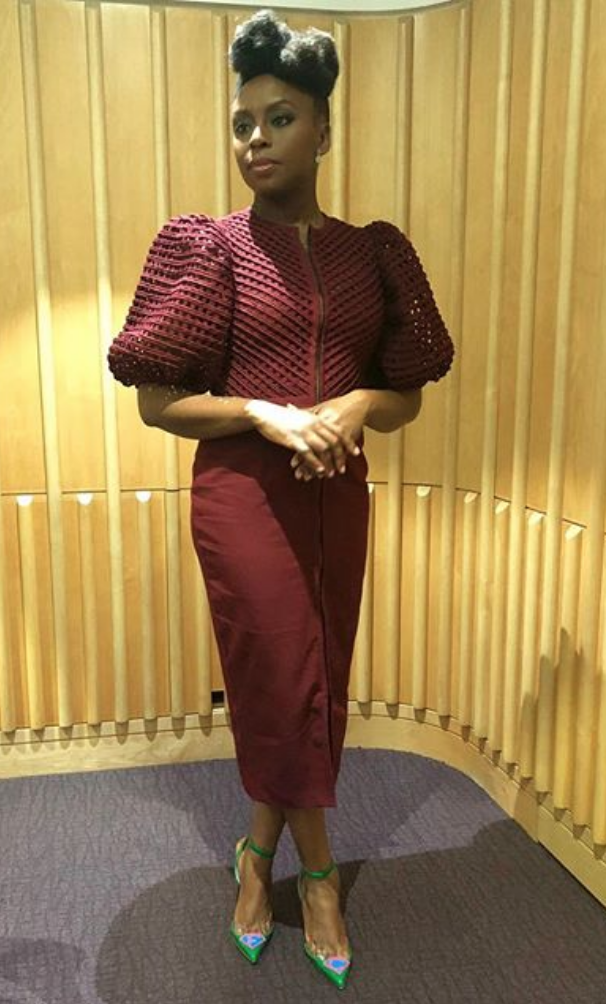 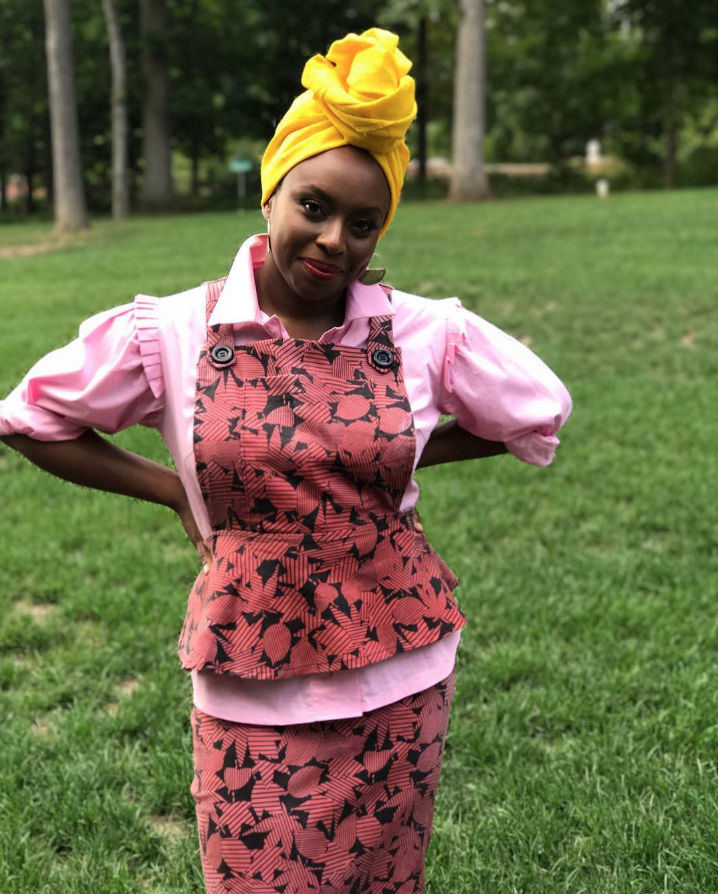 “I am Nigerian because a white man created Nigeria and gave me that identity. I am black because the white man constructed black to be as different as possible from his white. But I was Igbo before the white man came.”

- Odenigbo, Half of a Yellow Sun

During the "Scramble for Africa," during 1881 to 1914, Nigeria faced colonization by Britain. Nigeria under British rule lead to many changes, such as the overall grouping of territory and government system. Africa was never divided by countries, but rather was organized by tribe, so colonization just forced multiple people groups into one. In addition, the British utilized a divide-and-rule policy, where each tribe was persuaded to join British forces one by one for special benefits and then would rule over the tribe, making tensions amongst the ethnicities high. With the existence of oil in the south where the Niger Delta was located, the hastily labeled country quickly faced a large social divide from not only tribe disputes, but also differences in wealth. Missionaries and whatnot also came with the colonists and quickly quickly the South along with spreading Christianity. The political tension only continued to grow as the north and south grew further apart and were never truly fixed. Today, despite the several decades past from the day that Nigeria declared independence, the same tensions still exist. The North is extremely impoverished, uneducated and Muslim, while the South is wealthier and mostly full of Christians or Catholics.

By the 1920s, Nigeria also joined the Pan-Africanism Movement, which sought to liberate black people from racism and European domination. Eventually, on October 1, 1960, Nigeria was granted independence... Which soon lead to the devastating Biafran War, which Half of a Yellow Sun is primarily focused on.

Nigeria is extremely diverse and includes the following languages: English (official), Hausa, Yoruba, Igbo (Ibo), Fulani, over 500 additional indigenous languages. In itself, Nigeria is actually considered Africa's most populated country, with more than 250 ethnic groups. The Hausa & Fulani, Yoruba and Igbo are considered the most politically influential and are the top three groups on terms of population as well.

In 1960, Nigeria gained independence from Britain. Six years later, the Muslim Hausas in northern Nigeria began massacring the Christian Igbos in the region, prompting tens of thousands of Igbos to flee to the east, where their people were the dominant ethnic group. The Igbos found that Nigeria’s oppressive military government would not allow them to properly develop, nor even peacefully survive, and so on May 30, 1967, Lieutenant Colonel Odumegwu Ojukwu along with several other non-Igbo representatives of the area established the Republic of Biafra.

After several diplomatic attempts by Nigeria failed to reunite the country, war between Nigeria and Biafra started on July 1967. Ojukwu’s forces made some initial advances and small victories, but Nigeria’s larger military gradually regained Biafran territory. The Republic of Biafra in battle lost its oil fields-- which were the primary source of revenue-- and lacked funds to import food. An estimated one million of its civilians died from hunger in Biafra, and no aid was accepted from the United Nations, primarily due to the Nigerian government along with supporting countries interupting the transaction of aid. On January 11, 1970, Nigerian forces captured the last bit of major Biafran territory and Ojukwu was forced to flee to the Ivory Coast (Cote D'Ivoire.) Four days later, Biafra surrendered to Nigeria. Half of a Yellow Sun is heavily based on the events of the war, and the namesake of the book comes from the former Biafran flag. Being Igbo herself, Adichie knows friends and family members who experienced the horrors of the war themselves. Currently, the Nigerian government is actively acting out to eliminate any traceable hints of the war within the country, allowing police men to arrest and prosecute any civilians found to be in possession of the Biafran flag.

Adichie prefers to stick to her culture when writing, especially when there is an extreme lack of representation overall in literature regarding Nigeria in general. Thus, most of her novels are centered towards characters who are Igbo. In fact, a large amount of her novels are strictly surrounding Nigerian topics with Igbo characters leading them. In fact, in almost every book, there are certain terms or phrases that are written with in Igbo. Readers can easily infer and learn more about the culture and history through her works, but it does help to have a bit of a primer before reading them.

The Igbo people are the second largest ethnicity residing in southern Nigeria. They are one of the three major tribes in Nigeria and are primarily Christians or Catholic, as seen from Purple Hibiscus by Chimamanda Ngozi Adichie, which follows an rather extreme Catholic family of Igbos. Currently, there is still lots of stigma surrounding the topic of the Biafran War in Nigeria, especially towards the Igbo people who lead the secessionist movement itself, along with murdered and starved by the Nigerian government. Prior to the civil war, the Igbo people were actually more wealthy and successful than the other people groups due to their connections with the colonial powers and overall access to the Niger Delta, which was the primary resource for the country's oil.

Adichie not only likes to focus on her people's history, but also loves to celebrate the wonderful aspects of Igbo and Nigerian culture, such as certain traditional religions and events, along with food! Below are some images of meals characters in Purple Hibiscus, Americanah and Half of a Yellow Sun typically eat. From left to right: Ogbono soup, made from Ogbono seeds, and Fufu, a common staple food made from starchy ingredients (often eaten with a thick soup or sauce.)

Adichie prefers to write about social issues that she personally experienced or suffers from and one of the less direct ones in her writing is how skewed opinions are regarding Africa. In her work Americanah, a large portion of the main character's struggle during her first few months in the United States is the fact that everyone expected her to be African American, and rarely saw a difference between someone who grew up with American culture and society versus someone who came from Africa itself. Even African Americans themselves were not that understanding at the difference between the two cultures. In addition, pan-Africanism is a mindset many African Americans hold, and that statement is applicable to Africans as well but not to the same extent. Due to the complicated history of multiple tribes being squished together, Africa is not as united as expected. As a popular theme in Adichie's works, do not simply expect anything but rather know from experience and facts.