"Unravelling the Mystery of Reality:

Typical Canadian Elements in the Short Stories of Alice Munro"

Short phone-call interview between Alice Munro and the Nobel Committee shortly after she won the Nobel Prize.

Reviews about Alice Munro winning the Nobel Prize in Literature

Positive critiques on Alice Munro by The Globe and Mail

“For Johnathan Frazen she is "the Great One", for Margaret Atwood "an international literary saint", for the New Yorker magazine, where her stories have appeared since the 1970s, she is their "blessing”." The message is apparent: Alice Munro's achievements are praised by most critics, authors, and readers alike. Since the publication of her first short story collection Dance of the Happy Shades, Munro's works are embraced by the global community.

As the British Council said, Alice Munro's short stories have "the power of many novels." "Nothing is wasted. Nothing is irrelevant. Every word glows. Munro is able to capture the shape and mood, the flavour of a life in 30 pages." In addition, Alice Munro is also applauded for her intricate characterization, exploration of complex themes, and revolutionizing the structure of short stories. The Nobel Prize committee declared that Munro revolutionized the architecture of short stories." A.V. Club claims that "her work should appeal to just about anyone who likes to read." "She has done more for the forms and possibilities of short stories than any other writer I know." says A.S. Byatt. Last but not least, Munro's "fans praise her ability to express, in brutally honed sentences, not just the nature of small human hardships and dilemmas, but the very feeling of living within them."

Alice Munro gained a good reputation for herself and her works. Through a series of short story publication, Munro has attracted not only a global audience but also scholarly approval. Robert Thakur, a former editor, is an avid reader of Munro, writing two books and a thesis analyzing her stories. In Reading Alice Munro and Alice Munro: Writing Her Lives, Thakur gives a positive critique of Munro's works. Click here to read "Reading Alice Munro" by Robert Thakur.

As Munro reputation grew after the publication of her second short story collection, her fame began to spread across the globe. When Munro's prominence reached the US, critic Martin Levin from The New York Times wrote, "The short story is alive and well in Canada." after reading Munro's first collection Dance of the Happy Shades. He further exclaims that "most of the fifteen tales originate like fresh winds from the north."

Other than Canadian prizes such as the Governor General's Award and the Giller Prize, Munro also received international prizes from countries across the globe, including Ireland, the United States, United Kingdom, and more.

Julian Barnes: "Alice Munro can move characters through time in a way that no other writer can. You are not aware that time is passing, only that it has passed—in this, the reader resembles the characters, who also find that time has passed and that their lives have been changed, without their quite understanding how, when, and why."

Jhumpa Lahiri: "She taught me that a short story can do anything. She turned the form on its head. She inspired me to probe deeper, to knock down walls. Her work proves that the mystery of human relationships, of human psychology, remains the essence, the driving force of literature."

Lorrie Moore: "If short stories are about life and novels are about the world, one can see Munro’s capacious stories as being a little about both: fate and time and love are the things she is most interested in, as well as their unexpected outcomes."

"At the end of one of her stories you have to pause, catch your breath, come up for air."

Munro's works became so well-received that her short story "Lives of Girls and Women" was adapted into a full-length movie in 1996, starring her daughter Jenny as the heroine. In addition, the twenty-two-minute television adaptation of "Boys and Girls" by Canadian Broadcast Company (CBC) in 1983 won the Academy Award in 1984 for Best Short Subject. Furthermore, "The Bear Came Over the Mountain," adapted by Sarah Polley in 2007 and renamed "Away From Her," was nominated for Academy Award's Best Adapted Screenplay and Best Actress in 2008. Whether in the form of short story or movies, Munro captures her audiences wittily. 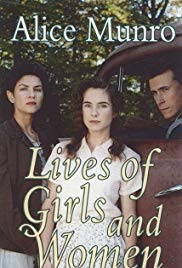 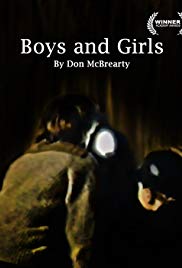 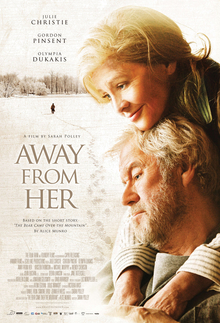 Minimal voices of dissent accompany the praises Alice Munro receives. Criticisms mostly centre around the reuse of themes, dullness in subject matter, and an overly "dark" approach to the human condition. Bret Easton Ellis, author of American Psycho 1991 serial killer novel, boldly asserted that "Alice Munro was always an overrated writer." on October 11th, 2013. However, under public pressures, Ellis changed his attitude and decided to re-read Munro's short stories. Yet, the senior editor of London Review Christian Lorentzen remains to be a long-term opposition to Munro's works, sharply criticizing them in his article "Poor Rose," alluding to the short story The Beggar Maid.

Lorentzen begins his article with a mocking tone that overshadows some of the key arguments against Alice Munro.

"So she writes only short stories, but the stories are richer than most novels. Over a career now in its sixth decade, she’s rehearsed the same themes again and again, but that’s because she’s a master of variation. She has preternatural powers of sympathy and empathy, but she’s never sentimental. She writes about and redeems ordinary life, ordinary people – ‘people people people’, as Jonathan Franzen puts it."

He then focuses on several criticisms, which could be summarized with

"Reading ten of her collections in a row has induced in me not a glow of admiration but a state of mental torpor that spread into the rest of my life. I became sad, like her characters, and like them I got sadder. I grew attuned to the ways life is shabby or grubby, words that come up all the time in her stories, as well as to people’s residential and familial histories, details she never leaves out."