Watch the trailer for the movie adaptation:

Ishiguro's style in The Remains of the Day

Ishiguro uses similar techniques in his novel The Remains of the Day.

The protagonist, Stevens, is a butler. 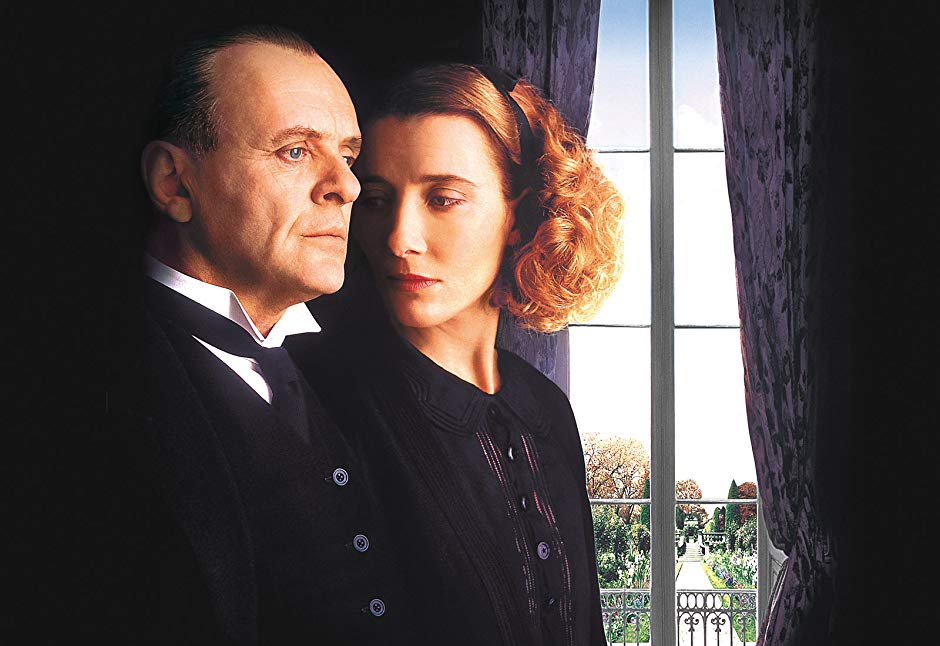 Throughout the novel, he recalls his life in service as he partakes on a journey through England. Stevens remembers his time serving Lord Darlington, who he illustrates as a dignified man but in reality is a Nazi sympathizer. Furthermore, he also unintentionally reveals to the readers through his narration that he was in love with his former housekeeper, Miss Keaton, but because of his obsession to achieve what he interpreted  as dignity, he neglected his true emotions.

The tone, similar to Never Let Me Go is one relaxed in conversation. However, the language is almost the opposite because Stevens narrates with a meticulously formal tone that is always professional.

"If you are not familiar with Mrs. Jane Symons's books—a series running to seven volumes, each one concentrating on one region of the British Isles—I heartily recommend them."

Here, Stevens is having a conversation with the readers, giving out a book recommendation as if they were old friends. However, his way of speaking is very polite, creating a withdrawn tone despite being engaged in conversation.

Also in contrast to Never Let Me Go, Ishiguro utilizes many long sentences in The Remains of the Day. Stevens likes to speak paragraph by paragraph, having to say way more than what is necessary in each sentence, elaborating on every minute detail that he observes. The use of long sentences, rather than making Stevens sound more genuine, exposes the unreliability in Steven's narration, as it seems like he is trying to bury his true sentiments in a massive chunk of words. In addition, double negatives are also very prevalent in his speech, revealing Steven's uncertainty with his thoughts and himself. 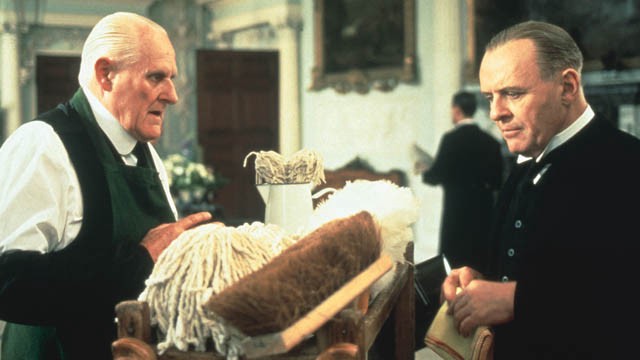 "By the very nature of witticism, one is given very little time to assess its various possible repercussions before one is called to give voice to it, and one gravely risks uttering all manner of unsuitable things if one has not first acquired the necessary skill and experience. There is no reason to suppose that this is not an area in which I will become proficient given time and practice."

This quote is rather ironic. Here, Stevens says that with practice and time, he’ll learn how to develop a sense of humor and engage in friendly bantering with his employer. He says this as if humor can be approached like an academic subject. The double negatives, "There is no reason to suppose that this is not...", adds uncertainty to his speech.

Ishiguro also incorporates other literary devices such as repetition in dialogue, particularly when Miss Keaton is speaking. This emphasizes the sadness in her words, which contrasts with the absence of emotion that characterizes Steven's speech. Similarly, Ishiguro also uses dialogue to contrast Mr. Farraday, the American gentleman that employs Stevens in the present, and Stevens. While Mr. Farraday is characterized by his loose and colloquial speech, Steven's character is awkward and stiff.

Ultimately, Ishiguro's style in The Remains of the Day underlines how oblivious and ignorant Stevens is, as he overlooks the true implications of his time in service and fails to recognize the chance he had to love. The double negatives and circumlocution show readers that Stevens is in denial and is unsure of what he stood by all his life;

the irony highlights the flaws in Steven's beliefs; finally, the dialogue demonstrates to readers that there are strong emotions suppressed under Stevens’s stiff and emotionless narration.