Ishiguro writes about memory, and as a result his novels are composed of a variety of somewhat related topics. These topics range from loss in When We Were Orphans and A Pale View of Hills, to displacement and blame in An Artist of the Floating World, to self-delusion in Remains of the Day, and finally to nostalgia, love, friendship in Never Let Me Go.

An Artist of the Floating World 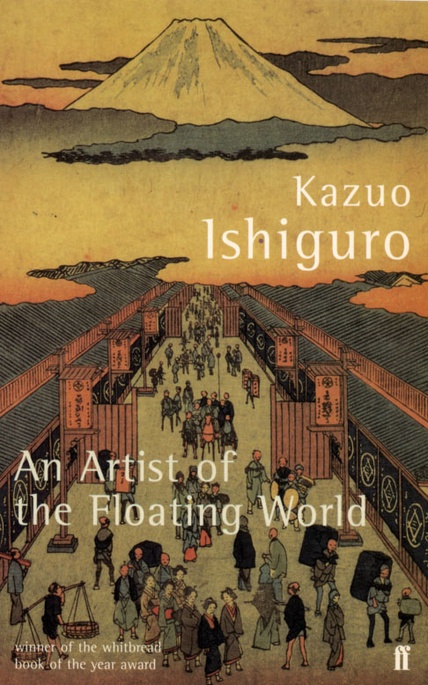 "An Artist of the Floating World is an exploration of somebody trying to come to terms with the fact that he has somehow misused his talents unknowingly, simply because he didn't have any extraordinary power of insight into the world he lived in."

The novel is set in post-war Japan, in the aftermath of Japan's defeat in World War II. Ono, an aging painter, recalls his life and career because his daughter is in the midst of a marriage negotiation. As readers continue through the novel, they realize that Ono was a propaganda painter who devoted his career to the nationalistic cause that cost the life of both his wife and son. He is now displaced, unaccepted and condemned by the changed society around him.