1927: Gabriel Garcia Marquez is born in Aracataca, Colombia, and spends his early childhood with his maternal grandparents

1940: Marquez moves to Barranquilla, a port city famous for its carnival, and starts high school.

1950-52: Marquez quits law school in Cartegena to focus on journalism, moving back to Barranquilla. He joins several journalist groups.

1961: Marquez moves to Mexico City with his family, after a year travelling the U.S., and is exposed to Mexican literary influences.

1967: After the success of One Hundred Years of Solitude, the family moves to Barcelona.

1975: Marquez moves back to Mexico City.

2012: Marquez suffers from dementia and can no longer publish. Marquez' parents underwent a stormy courtship. Marquez' mother, Luisa Santiaga Marquez, was forbidden by her parents to marry her lover Gabriel Eligio Garcia. There were two reasons for this: Luisa Santiaga was considered of a higher social class than Eligio Garcia; and Eligio Garcia was a Conservative. Luisa Santiaga's father, the Colonel, had fought in the Thousand Days War against the Conservatives, and still bore them ill will. Many elements of this courtship may be familiar to readers of Love in the Time of Cholera, Marquez' great love story, in which a working man waits five decades to propose to the woman he loves.

When Marquez was born, he and his brother were sent to live with his maternal grandparents. The Colonel Nicolas Ricardo Marquez Mejia and Dona Tranquilina Iguaran guided Marquez through his formative years. Dona Tranquilina appears in One Hundred Years of Solitude as Ursula Iguaran; her mystical stories lent young Marquez his trademark tone and style. The Colonel, a respected Liberal General who loudly condemned the government's actions during the Banana Massacre, was known to Marquez as Papalelo. He appears as both José Arcadio Buendia and as Colonel Aureliano Buendia, a renowned Liberal General.

The climax of One Hundred Years of Solitude, in the form of a massacre of three thousand Colombian workers for an American banana company, is recognisable in the Banana Massacre of Colonel Nicolas Ricardo Marquez Mejia's youth, though in real life only thirty workers were killed. 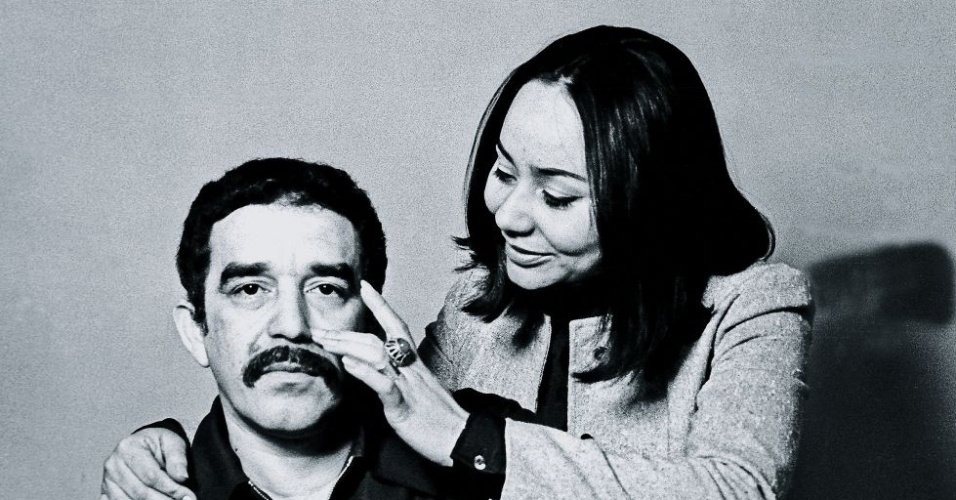 Marquez met his wife, Mercedes Bacha, when she was still in secondary school. Inebriated and captivated by her looks, he proposed to her; she replied telling him to wait until she'd finished school. After a sojourn in Spain and other parts of Europe, Marquez returned to Colombia to fulfil his promise. They had been married for half a century, and had two sons, when Marquez died in 2014. It is clear that Marquez based his love story, Love in the Time of Cholera, at least partly on his own courtship--particularly the instance in which Fermina Daza asks Florentino Ariza to wait at least until she's finished school. In The Fragrance of Guava, an autobiographical collection of conversations, Marquez is asked who the most interesting person is that he has ever met. He replies, "My wife."