Jeremy Adler, a British poet and scholar, summarizes Franz Kafka's work by stating that his stories are "more obviously universal than that of [Kafka's] peers." This universal applicability that is characteristic of Kafka is generated by the lack of names prevalent in many stories, as most characters remain undeveloped while interacting within a dream-like landscape. Selma Fraiberg, a psychoanalyst, summarizes this concept of Kafka's realm when she notes that "Kafka's literature erases the boundaries between reality and the dream. The transition from one world to another is as imperceptible as the moment between waking and sleeping." It is this very ambiguity that has caused many scholars to come to the consensus that Kafka cannot be explained or judged in the same manner as other artists, and thus in a way he defies typical literary evaluation. In the words of Gabriel Josipovici, a British playwright, critic, and literary theorist wrote in his Times Literary Supplement, "We are probably no nearer to understanding [Kafka's] works today than his first readers were, nor should we expect to be."

One interesting criticism of Kafka's writing is posed by Erich Heller, a British essayist specializing in German-language and literature. Heller asserts that Kafka created a paradoxical "obscure lucidity" within his pieces; despite their bizarre and multifaceted nature, on many levels, his pieces can be analyzed to expose individual truths to readers among the convolution. Heller remarks on The Metamorphosis by stating that the story "Defies any established intellectual order and familiar form of understanding, and arouses intellectual anxiety that reaches out for our interpretations." Within these "interpretations" remains the possibility for the discovery of "obscure lucidity."

Scholars have also debated over the characters within Kafka's pieces, speculating whether or not Kafka intended to model them after his own life and experiences. Mark Harman, a German translator and scholar, has traced the process by which Kafka cut and edited his work. His discoveries were remarkable; The Castle, one of Kafka's three novels, was originally written in the first person. Harman found "I's" within the unedited version that — part way through — were switched to "K's" and published with the latter. This reflects that Kafka's works maintain degree of self-awareness, but were made more general as to not undermine the allegorical and metaphorical interpretations of his works. 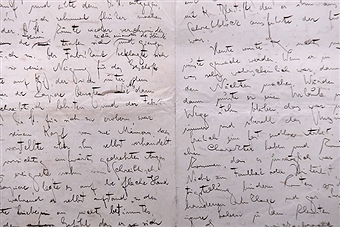 In his Testaments Betrayed,  Milan Kundera blames Max Brod, Kafka's friend, biographer, and literary executor, for the consecration of Kafka's body of work. He remarks that after Brod published Kafka's works posthumously, "Kafkology produces and sustains its own image of Kafka to the point where the author whom readers know by the name Kafka is no longer Kafka but the Kafkologized Kafka." In essence, the stigma surrounding Kafka's absurdist works has culminated in an image of Kafka which only contains the popular image surrounding him. The over-embellished criticisms of his works have caused current scholars to deviate from Kafka's original intentions, and Kundera believes that we now evaluate the image of Kafka, not the author himself.