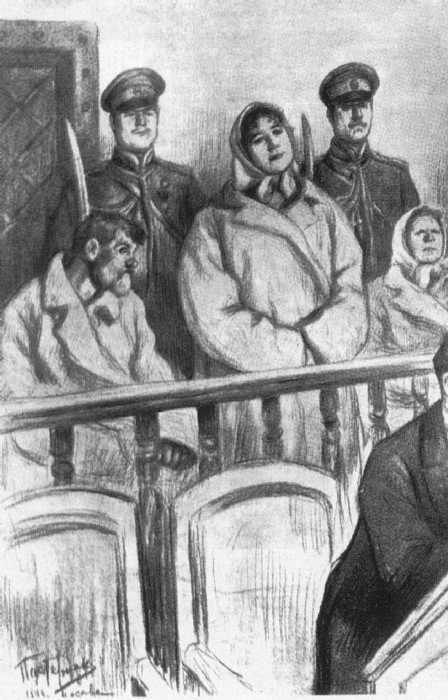 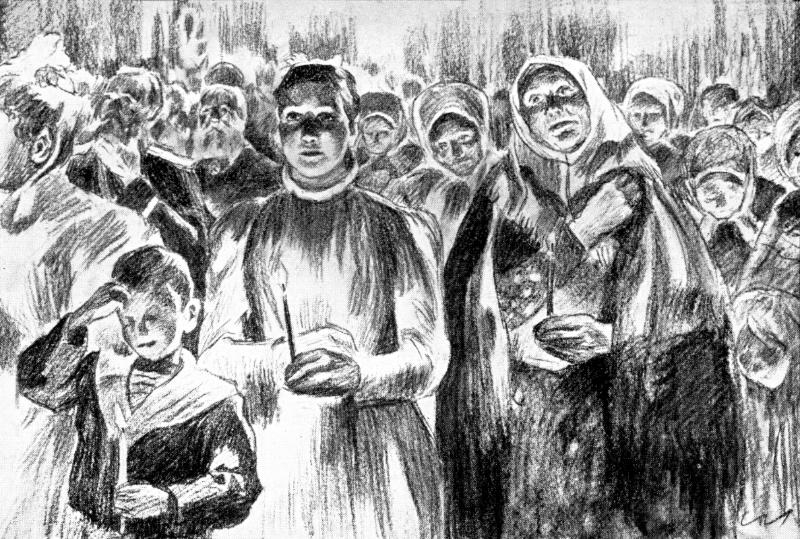 "The Awakening: The Resurrection Chapter 57 by Lev Nikolayevich Tolstoy," Leonid Pasternak, before 1945

“And just think how much goes into this sham, how much effort and strain, he thought, as he in the vast hall, the portraits, lamps, big chairs, uniforms, the thick walls, the windows, and recalled the enormous size of the building and the even more enormous size of the institution itself, that vast army of pen-pushing clerks, guards and messengers not just here but all over Russia, all getting paid for acting out this totally useless comedy.” (Tolstoy 142) 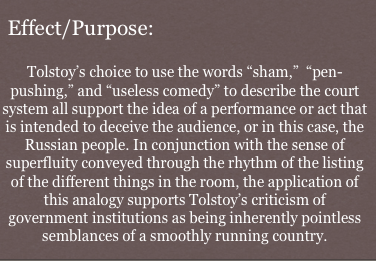 “And it never occurred to any of the participants, from the governor and priest down to Maslova, that the same Jesus whose name had been wheezily repeated so many times by the priest in the weirdest imaginable words of praise...proscribed the senseless, verbose and blasphemous mumbo-jumbo performed by the priest.” (Tolstoy 158)

“he was now body and soul consumed with loathing for the social circle he had been living in, a circle where the suffering of millions toiling for the convenience and comfort of a small minority was so meticulously concealed” (Tolstoy 283) 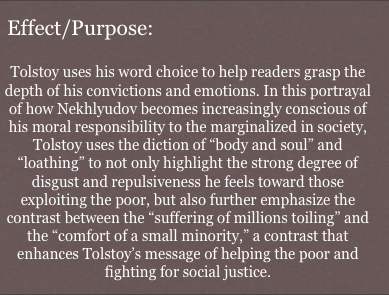 “We are shocked by thieves taking pride in their clever touch, prostitutes in their depravity and murderers in their callousness. But it is shocking only because the atmosphere of the circles they move in is restricted, and - what matters most - we are on the outside. But isn’t the same thing happening when rich men take pride in their wealth (which is theft), military commanders in their victories (which is murder) and rulers in their power (which is violence)?” (Tolstoy 174-175) 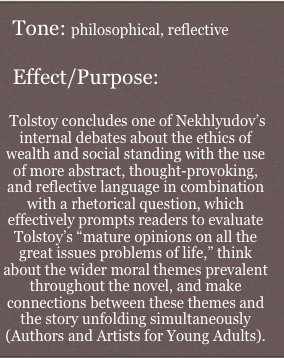 “He later served in Poland, where once again he forced Russian peasants to commit all sorts of crimes, for which he received yet more medals and decorations for his uniform.” (Tolstoy 305)

“This God-given and absolutely unshakeable divine institution [the Church] had to be maintained and protected by a human institution headed by Toporov and his officials.” (Tolstoy 340)

“he couldn’t resign [from the civil service]...because it appealed to his baser instincts to look at himself in the mirror decked out in a uniform with a gold braid, and he enjoyed the deference his position inspired in a certain type of person...and he got married...because being married to a nice young girl from a good family appealed to his vanity and brought him pleasure” (Tolstoy 322) 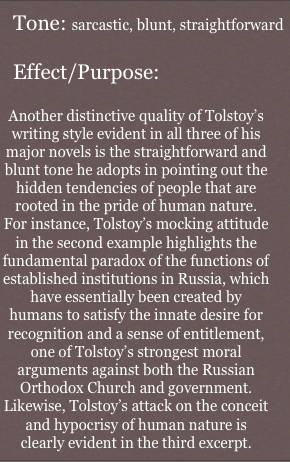