Both the highly controversial literary work that caused him to be excommunicated from the Russian Orthodox Church in 1901 and the last novel ever to pass through the hands of one of the most highly regarded authors of all time, Leo Tolstoy’s Resurrection (1899) captures the full force of his moral transformation in the decades following his spiritual crisis. By combining the rich narratives of dynamic characters, such as the protagonist, Nekhlyudov, with deeper moments of personal philosophical reflection, Tolstoy creates nothing less than a masterpiece of style in his astoundingly realistic portrayal of Russian society. Although War and Peace (1869) and Anna Karenina (1877) are his two most praised works, Tolstoy’s writing style in Resurrection, as conveyed through bold diction, detailed imagery, direct and reflective language, and varied syntax, is not only fully representative of his distinctive literary voice, but also extremely effective in helping him achieve his dual purposes of expressing his criticism of established institutions, such as the Russian government and Orthodox Church, and presenting his own moral and philosophical beliefs. 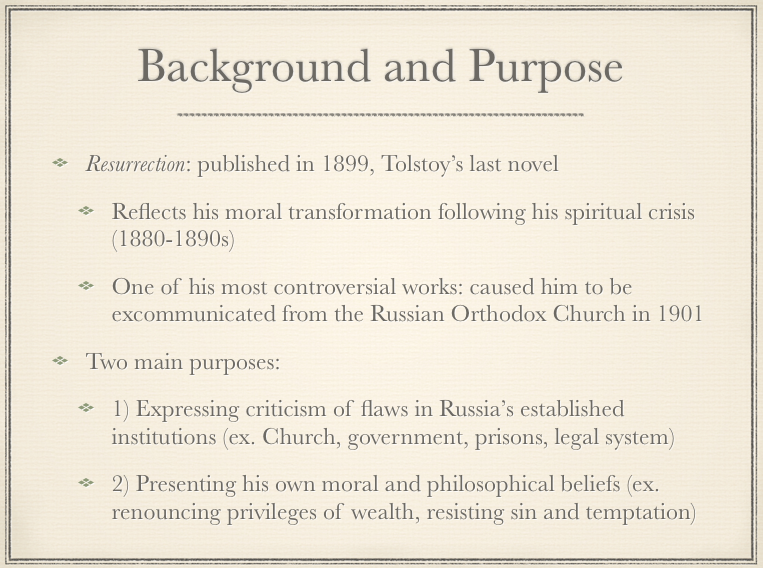 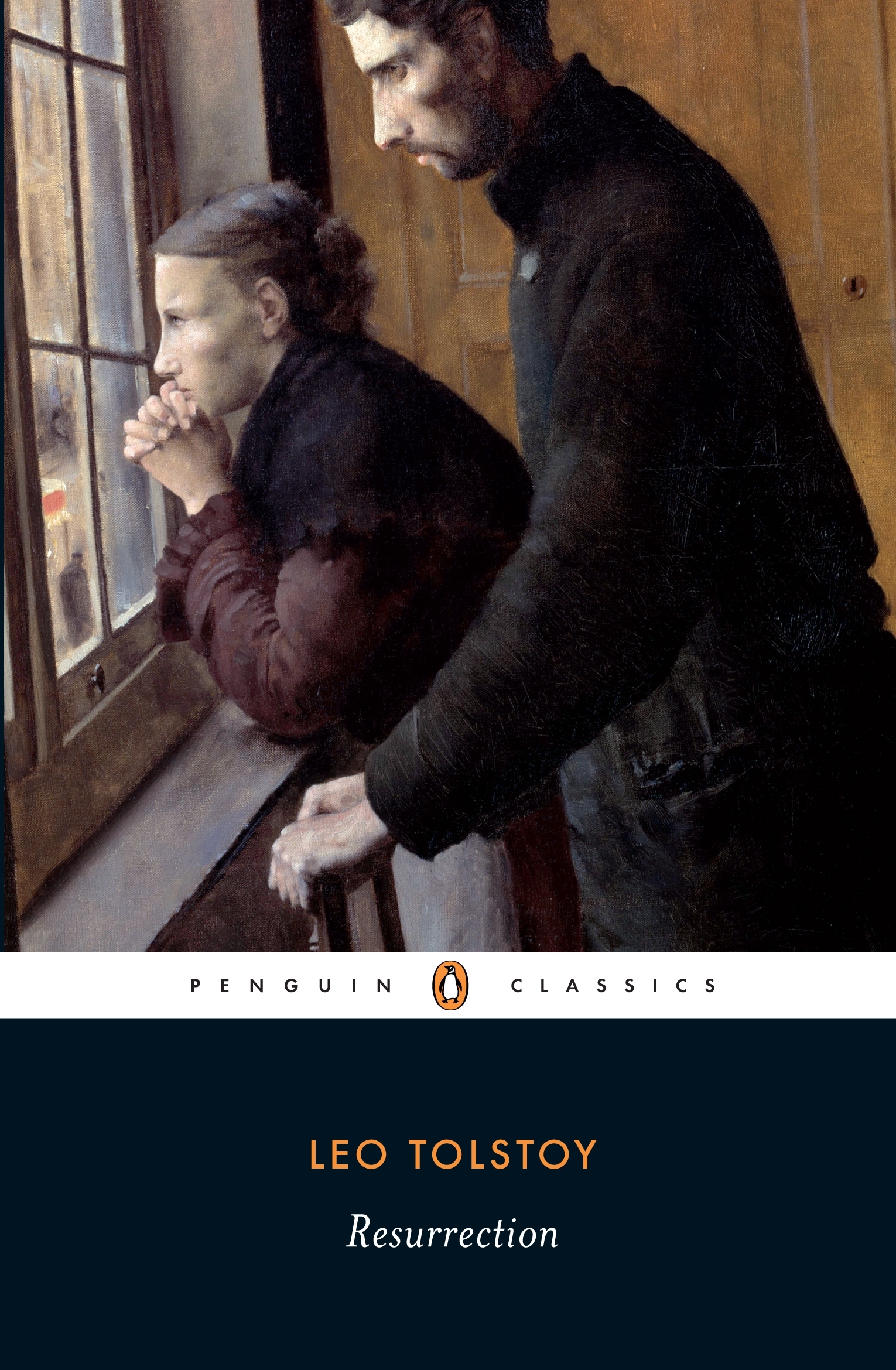