Oates has the ability to understand middle America, suburbia, and the "temper of the times." Several of her works are inspired by real life events, like her short stories "Where Are You Going, Where Have You Been?" and "In a Region of Ice". Several themes Oates explores include class tensions, sexual abuse, female childhood. Her writing often includes violence; she even had to write an essay entitled "Why Is Your Writing So Violent?" In response to that common question, Oates has replied that her work ist still lighter that the tragic story of her country, the United States. She's written pieces exposing the problems in the modern medical community, political corruption, rise and fall of a religious zealot, and the shallowness and hypocrisy in academia.

“I am a chronicler of the American experience. We have been historically a nation prone to violence and it would be unreal to ignore this fact. What intrigues me is the response to violence: its aftermath in the private lives of women and children in particular.” 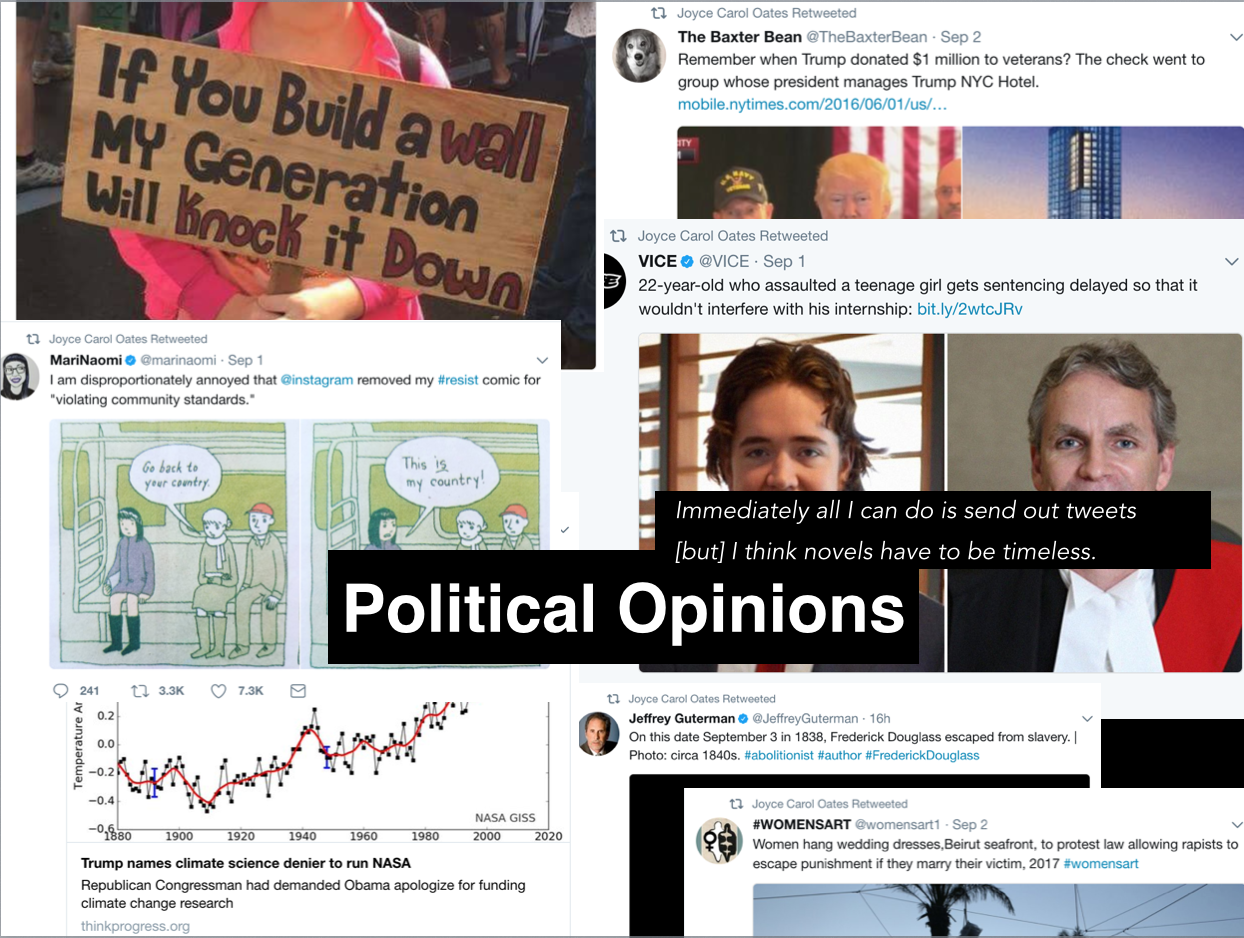 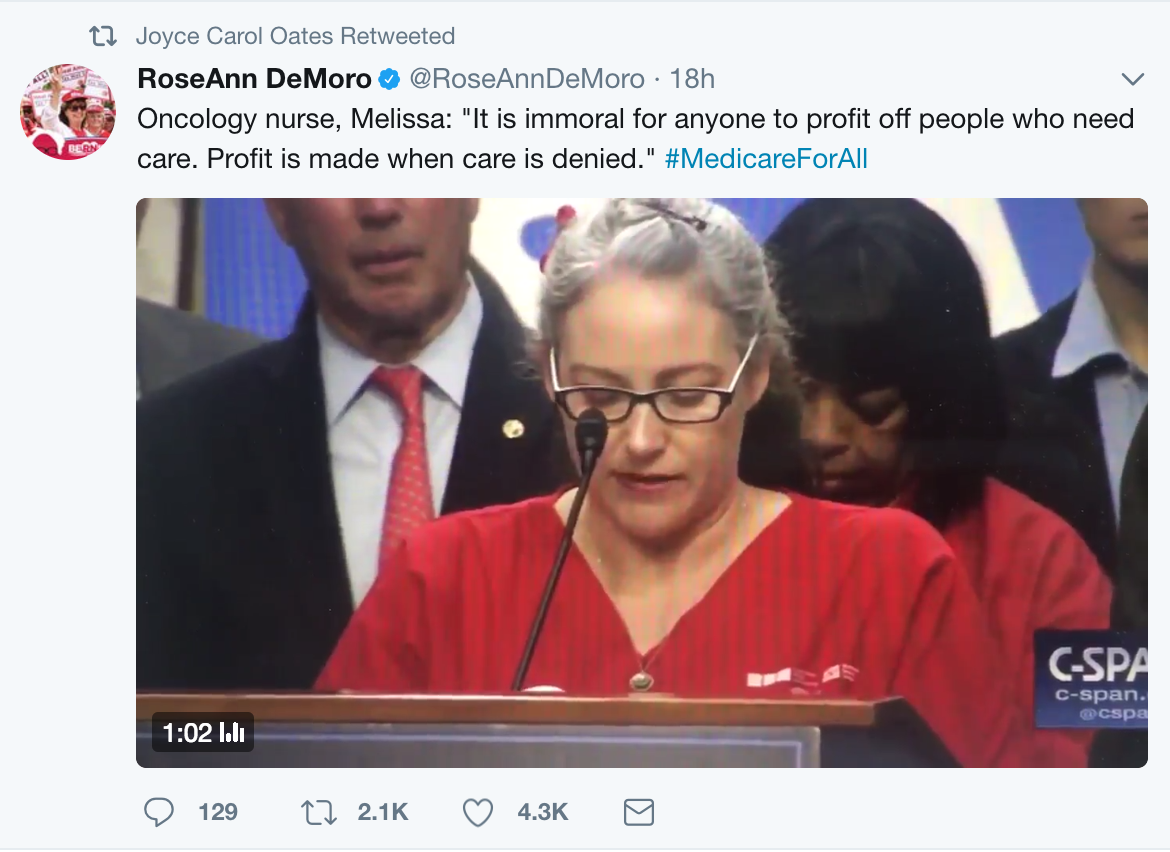 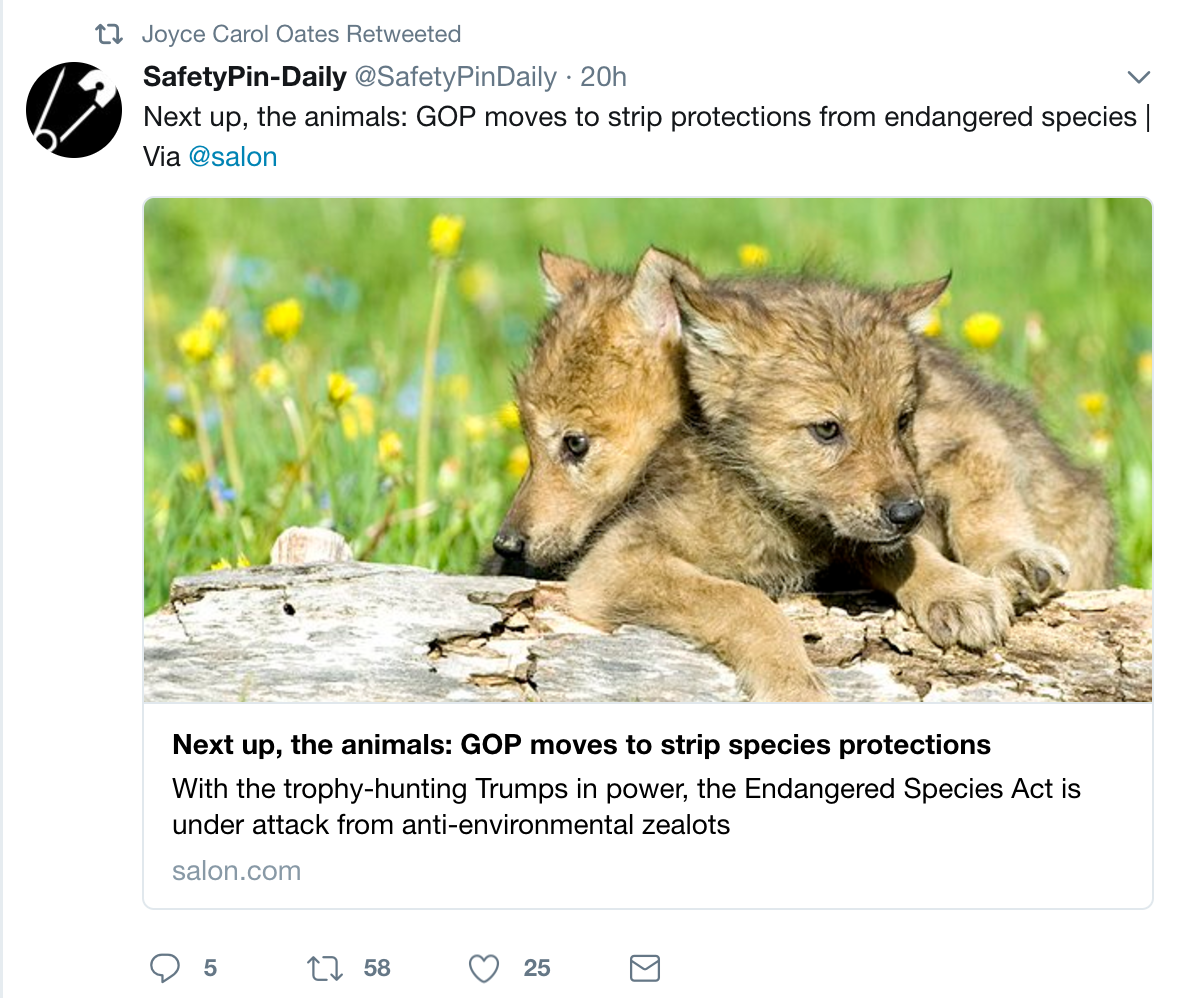 "We would hope not to be reducible to a political position, still less a political party… but we write with the expectation that our work will illuminate areas of the world that may be radically different from our readers’ experience, and that this is a good thing."

While Oates does not always intend to be "political" that seems impossible during a time when America is so divisive. Since most of her works take place in contemporary America, her works often have political relevance as she often contrasts between religious and secular, liberal and conservative, urban and rural. For example, her most recent novel A Book Of American Martyrs is about Luther Dunphy "soldier of God" who murders an abortion doctor. While she wrote the novel before the 2016 presidential election, she still encapsulates the current polarization in America. In her novel, she refuses to dehumanize anyone and offers several viewpoints.

One historian once wrote "a future archeologist equipped with only her oeuvre could easily piece together the whole of postwar America."