The LibGuide is for the contemporary author Anne Tyler.

Dinner at the Homesick Restaurant 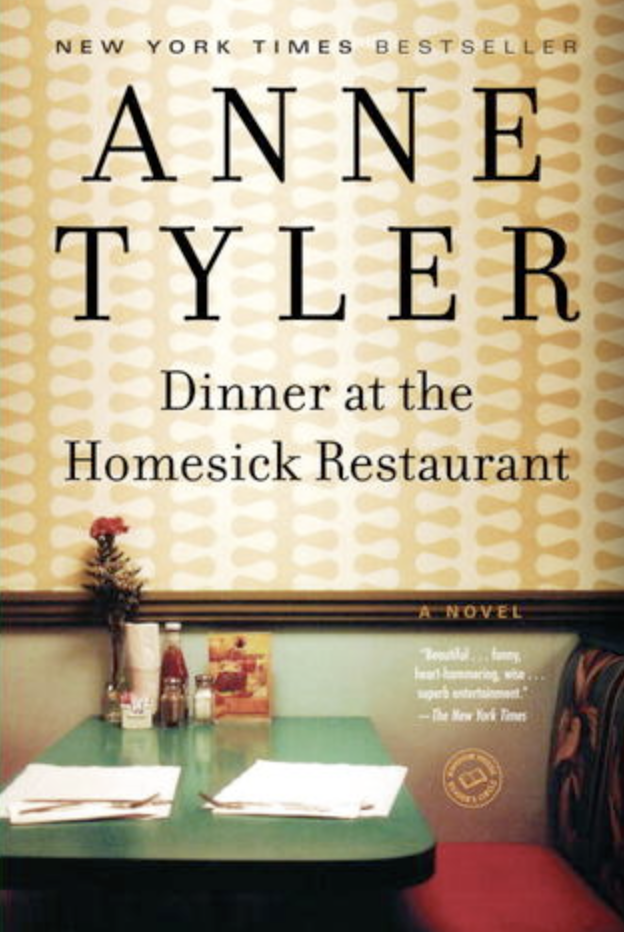 Tyler has expressed that she would consider Dinner at the Homesick Restaurant as her best novel, but her hardest novel to write. This was my first Anne Tyler novel, and I was immediately attracted by the plot and the language. The mother of the Tull family, Pearl, is abandoned by her husband, who left the family without giving any specific reasons. Pearl is left to raise her three young children on her own in her own angry, bitter fashion. The children grow up and face many problems in their lives, and they blame Pearl for their misfortunes. The family is disintegrated and unhappy. But, the middle child, Ezra, tries to keep his family together by constantly inviting them to his restaurant, Homesick Restaurant, for dinner. However, the Tull family can never finish a meal together because there are always disagreements and disappointments. I personally find the ending of the book very warm and sweet. Their father, who left them for more than thirty years, returned after Pearl’s death. Together, the family finally finished a meal together.

When I was reading this book, I could never guess where the plot is going. It is so unpredictable mainly because of Tyler’s eccentric characters. It was interesting to read each characters’ reactions under the same or different circumstances. Although there are so many struggles, anger, and impatience in the novel, it was still an enjoyable read because it was so funny, moving, and wise. 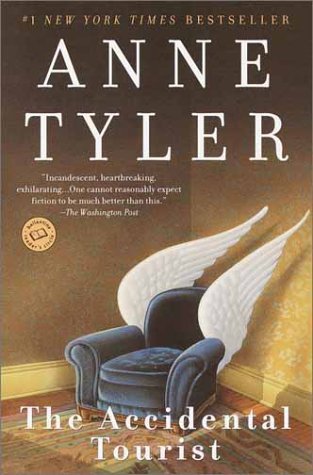 The book is a finalist for the Pulitzer Prize and won the National Book Critics Circle Award for fiction. The book was also adapted into a movie in 1988. It is a story of a man who is destroyed by the death of his child and the subsequent breakdown of his marriage, slowly recovers with his disturbed dog, eccentric siblings, and a quirky young woman. I enjoyed reading the parts that describe Macon’s feelings toward Muriel because I can see Macon’s transformation and also because of how Tyler depicts the feelings, which are incredibly moving and hilarious.

Michiko Kakutani wrote, "It is from just such private lives that Miss Tyler herself has spun her own minutely detailed art, rendering them with such warmth and fidelity that her readers, too, are startled into a new appreciation of the ordinary and mundane. Like John Updike, she has taken as her fictional territory that sprawling American landscape of the middle class, and in 10 novels now, she has claimed as her special province the family in all its contrary dimensions."