1918 Volunteers as a World War I Red Cross ambulance driver. Leg injured in battle in Italy. Awarded a Silver Medal of Military Valor. Falls in love with an American nurse Agnes von Kurowsky.

1921 Marries Elizabeth Hadley Richardson. Goes to Paris, France from Sherwood Anderson's recommendation. Works as a foreign correspondent for the Toronto Star. Joins a circle of writers of the Lost Generation, including Gertrude Stein and Ezra Pound

1925 Acquaints F. Scott Fitzgerald at the Dingo Bar in Paris

1926 Publishes The Sun Also Rises, which brings Hemingway to stardom

1932 Publishes Death in the Afternoon after his research on bullfighting in Spain.

1937 Publishes novel To Have and Have Not. Travels to Spain to report on Spanish Civil War for the North American Newspaper Alliance.

1938 Publishes "The Fifth Column" and the First Forty-Nine Stories

1950 Publishes Across the River and Into the Trees

1952 Publishes novella The Old Man and the Sea. Brings him critical success.

1953 Awarded the Pulitzer Prize for The Old Man and the Sea.

1961 Leaves Cuba after 1959 revolution led by his acquaintance Fidel Castro. The Cuban government takes possession of his home. Commits suicide with a shotgun at his home after long battle with depression, alcoholism and physical ailments.

1970 Posthumous publication of Islands in the Stream

1986 Posthumous publication of The Garden of Eden Hemingway visited the Festival of San Fermín in Pamplona, Spain with Hadley in 1923. It was this time that he fell in love with bullfighting. Hemingway and Hadley went to Pamplona in 1924 and again in 1925, and in 1925 they brought with them fellow expatriates. After this trip, he began writing The Sun Also Rises, to finish eight weeks later. In Schruns, Austria, Hemingway began editing the novel and met Pauline Pfeiffer, who encouraged him to sign a contract with Scribner’s. While he left Austria to meet with the publishers in New York, he began an affair with Pfeiffer. He published the novel in August 1926. In the same year, Hadley noticed his affair with Pfeiffer and requested divorce. They were divorced in January 1927 and Hemingway married Pfeiffer in May.

Hemingway was born on July 21, 1899 in Oak Park, Illinois as the second child of Dr. Clarence and Grace Hall Hemingway. In 1913, he entered Oak Park and River Forest High School where he wrote for school magazines Trapeze and Tabula.

He graduated in 1917 and became a cub reporter for the magazine Kansas City Star to pursue his passion for journalism instead of going to college.

Though Hemingway tried to join the army, he was deferred due to his poor vision on his left eye. Instead, he volunteered as an ambulance driver in the Red Cross. He left Kansas City Star in 1918 and traveled to Europe at May that year. On July, he was severely wounded from an Austrian mortar shell that suddenly landed while carrying other soldiers who were injured; he was awarded the Italian Silver Medal for Valor for his sacrifice. This experience and his relationship with Agnes von Kurowsky, the nurse who took care of him, inspired him to write A Farewell to Arms. Hemingway recalled,

"When you go to war as a boy you have a great illusion of immortality. Other people get killed; not you ... Then when you are badly wounded the first time you lose that illusion and you know it can happen to you."

Hemingway received about $1,000 for insurance for his war wounds, so he did not have to work for a year; he spent his time reading and questioning whether he really was a war hero. This sentiment is revealed in his story “Soldier’s Home,” and he discusses the frustration and shame returning home and how wars are not as glorious as they seem.

He began working as an editor for the Toronto Star Weekly even after he moved to Chicago in the fall of 1920. He met Hadley Richardson and fell in love. They married in September 1921 and in November of the same year, Hemingway became the European correspondent of the Toronto Daily Star.

Stein, who was one of the pioneers of the modernist movement in Paris, was Hemingway’s mentor as a writer and became a godmother to Hemingway’s son Jack. Stein introduced Hemingway to the “Lost Generation,” or the expatriate artists and writers of the Montparnasse Quarter. During this time, Hemingway also exchanged ideas with Pablo Picasso, Joan Miró, and Juan Gris. 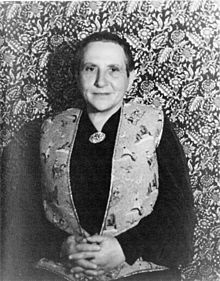 Hemingway met American poet Ezra Pound in 1922 at Sylvia Beach’s bookshop Shakespeare and Company. They bonded over literary exchanges while their trip to Italy in 1923 and living on the same street in 1924. Pound introduced Hemingway to the Irish writer James Joyce, whom later became Hemingway’s “alcoholic friend.”

In 1924, Hemingway helped Ford Madox Ford edit The Transatlantic Review with Pound, John Dos Passos, Baroness Elsa von Freytag-Loringhoven, and Stein. His short story “Indian Camp” was in this literary magazine, which was highly praised for giving new energy to the genre of short story.

In the same year, Hemingway met F. Scott Fitzgerald and the two formed a rivalrous friendship; when Fitzgerald published The Great Gatsby, Hemingway decided that his next work must be a novel.