October 10, 1989: Kazuo Ishiguro, with his book The Remains of the Day, at an awards ceremony held at medieval Guildhall in London, where he was awarded the Man Booker Prize.

Kazuo Ishiguro by Andrew Testa for The New York Times 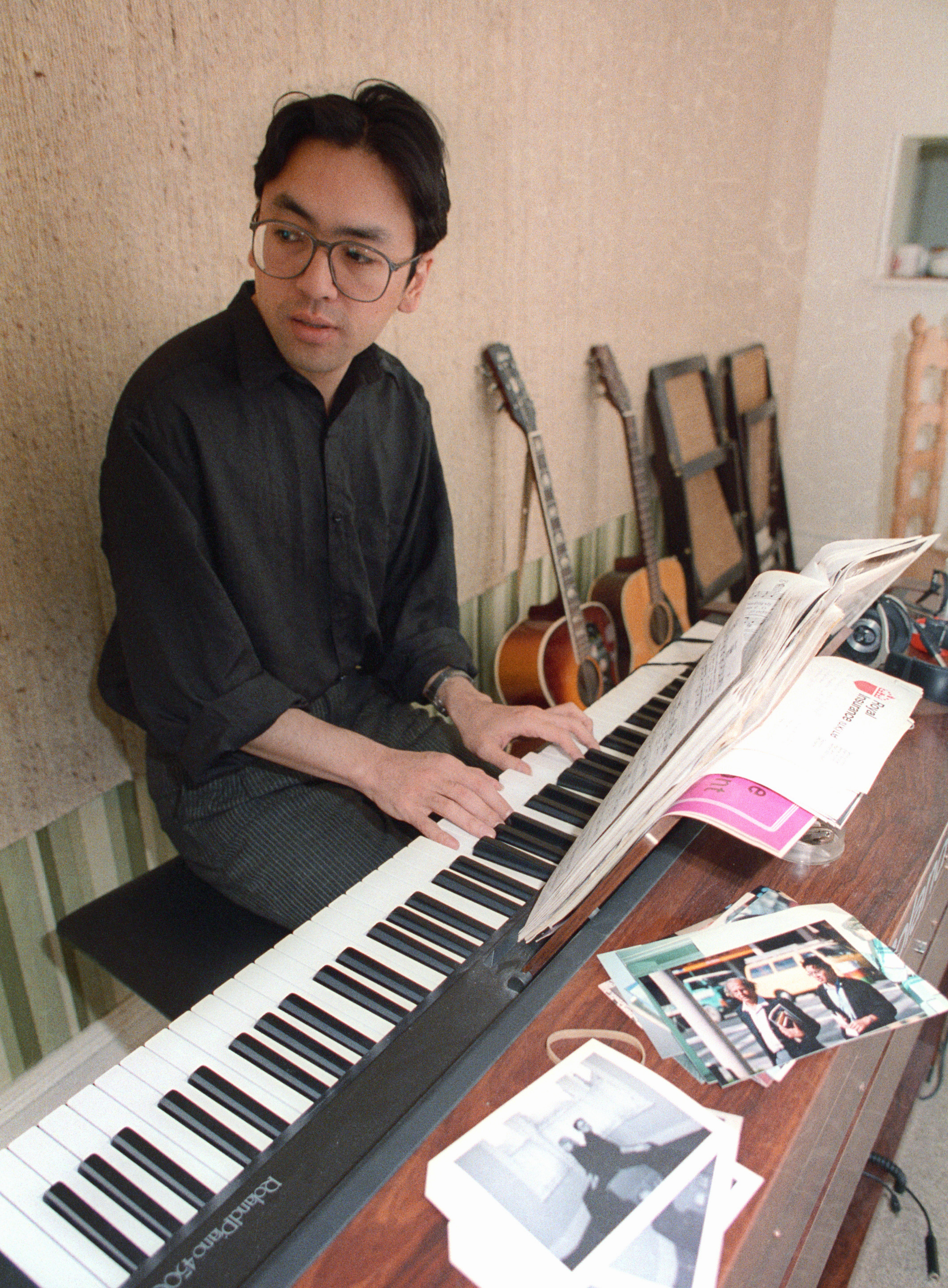 Ishiguro playing the electric piano at his home in London. If you are under the impression you have already perfected yourself, you will never rise to the heights you are no doubt capable of."

- Kazuo Ishiguro, The Remains of the Day

The British author Kazuo Ishiguro writes about human memory. Recognized for his ability to accurately capture the arbitrariness but also the profound intricacies of human thought, Ishiguro was the winner of the 2017 Nobel Prize in Literature.